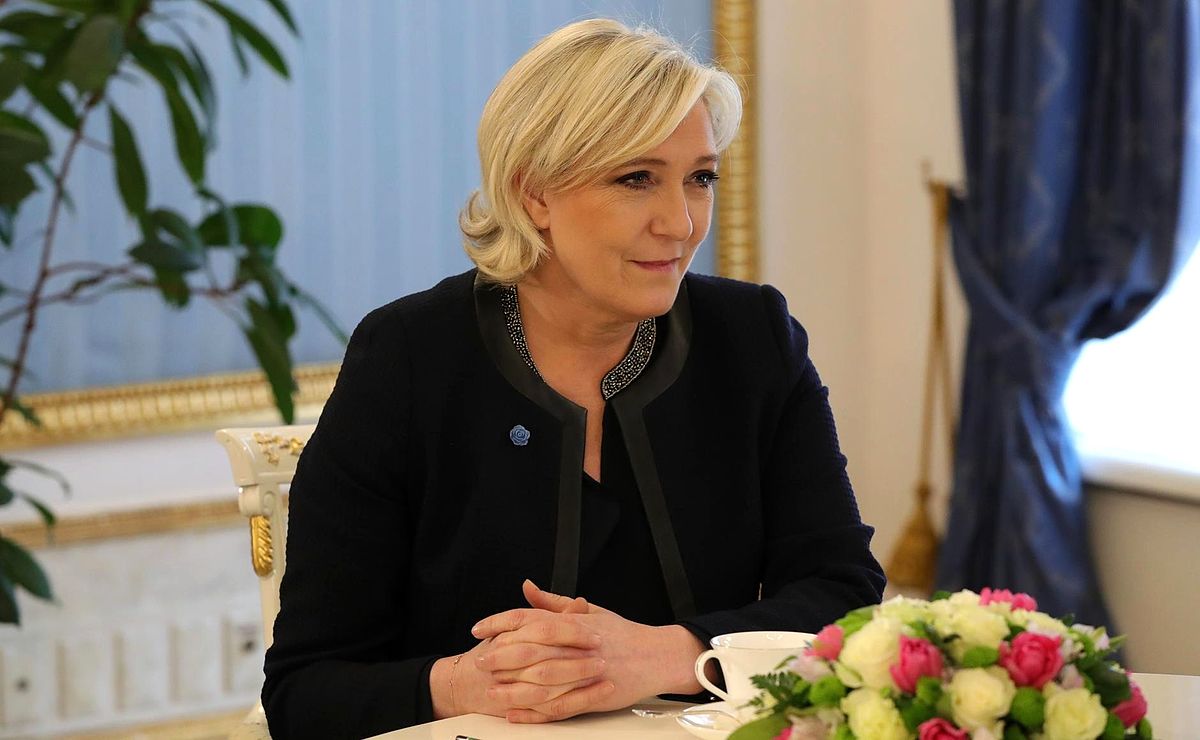 Millie Dean-Lewis discusses the rise of the French far-right and why French politics is becoming more divided.

Emmanuel Macron’s win is undeniably historic. Not for 20 years, since Jacques Chirac in 2002, has a French president been re-elected. Equally notable, however, is the figure of 13 million individuals who voted for Marine Le Pen on the 24th April – the largest result that her party, Rassemblement national, has ever managed to accumulate. Whilst Macron’s success is cause for relief, it is accompanied necessarily by a responsibility to a vast minority that leans, rather far to the right. With a nod to these voters, the president’s victory speech itself recognised anger and dismay among Le Pen’s supporters. It is Le Pen’s politics of diversion and distraction that has allowed for her narrowing of Macron’s 66% to 34% victory in 2017 to a 58.5% to 41.5% split this year. Her appeal has been widespread, and calculated.

For the past few months in particular, Le Pen has avoided professing so publicly her traditional affinities for policies which are Islamophobic or anti-immigration, instead focusing on a variety of pocketbook issues which appeal to a body of voters with less extremist views. Undoubtedly, her horrific opinions are still held, and it is no procès d’intention to remark as such. Planned policies such as fines for any Muslim woman who wears their hijab in public, and an abolition of the droit du sol, do not suggest that a kinder tone has been adopted. Le Pen has, despite this, achieved popularity by rebranding herself and her party in an unsettlingly soft light.

Largely, Le Pen’s last five years have involved a distancing of her newly branded Rassemblement national from her father, Jean-Marie Le Pen, and his leadership of Front national. More recently, she has had to distance herself from a previously professed support of Vladimir Putin. Campaign literature which contained an image of the two shaking hands, published before the invasion of Ukraine, has been brushed under the rug by sly reminders of social emergencies which have been slowly unfurling themselves during Macron’s first term as president. Le Pen’s careful orations on these issues more imminently and keenly felt by the French people – concerns of rising fuel prices and a rising retirement age – have understandably struck a chord.

For all of Macron’s dealings with Russia – which delayed his entry onto the campaign trail this year – his symbolic firing of a head of military intelligence who failed to predict such conflict, and seventeen phone calls and meetings with Putin, seem to have proved fruitless. Crucially for Le Pen, they serve as evidence of a man stuck in governmental business miles away from quotidian issues faced by the people of the nation that he governs. As incumbent, his failures are so clearly out in the open – it has become clear that neither is he a shiny and new independent, nor the man of the people he attempted to inhabit five years ago. Le Pen’s statements that sanctions against Russia should not hurt the French have, of course, been well received, and complaints against a rising fuel tax voiced by the gilets jaunes as early as 2018 have found new life.

Despite the familiarity of these grumbles, these protests and their protesters have become of particular interest for Le Pen in recent months. Not only has she repeatedly cited these demonstrations as evidence of Macron’s divisive rule, but in doing so has been targeting a group the members of which believe disproportionately in the conspiracy theories of a grand remplacement and white genocide. The supposed replacement of white Europeans by non-European peoples is a belief which Le Pen has been espousing as early as 2011.

This veiling, then, of her harshly anti-immigration stance behind an aim to reunite the ‘peuple’ of her campaign slogan Si le peuple vote, le peuple gagne (If the people vote, the people win) has achieved a large-scale consolidation of like-minded people along gentle, reasonable lines which disguise their more repulsive sources of community. Whilst Le Pen is not of her father’s generation of right-wing thinkers, she has herself for many years participated in a culture that promotes white supremacy, and has hence overseen a continued rise of a racist far-right.

A large part of her ability to camouflage herself away from such extremism, and into a reasonable centre-right figure, must be attributed to Eric Zemmour. Her competitor in the first round, Zemmour’s collection of views and policies that are even more far-right than Le Pen’s own have served to create comparisons which work in Le Pen’s favour. Whilst both politicians were in favour of a headscarf ban, Zemmour also had plans to forbid parents from giving their children what he calls ‘foreign’ names, and declared that he did not ever want to hear a muezzin’s voice. Zemmour’s supposed inability to hear an audience chanting “Macron, assassin” in March could clash insensitively with an interview from last year that heard Le Pen open up about her truly troubled childhood, characterised by politically motivated attacks against her father.

Perhaps knowingly playing into this comparison, gifted to Rassemblement national by Zemmour, Edwige Diaz, Le Pen’s campaign spokesperson, claimed that ‘far-right’ is a pejorative term which by no means describes Le Pen. It is of course starkly untrue that Le Pen is not a far-right politician. The statement instead cements her politics as one of diversion which presents a fundamental kind of dishonesty; she willingly supplies a denial of an extreme self in a performance that reeks of populism.

Marine Le Pen’s deceptions act as a polarising force. Her brave challenging of Macron to find a proposal amongst hers which discriminates against the French because of their religion, or the colour of their skin, relies on her exclusionary definitions of what it means to be French. It is, ultimately, a bizarre tactic of deception which serves only to artificially enlarge a voter base through a concealed methodology of division. Although Macron, on Sunday evening, declared his desire to be a president for all, he will never achieve such a hollow aim. Le Pen’s claim that she sees a source of hope in the narrowness of her defeat is, unfortunately, justified.