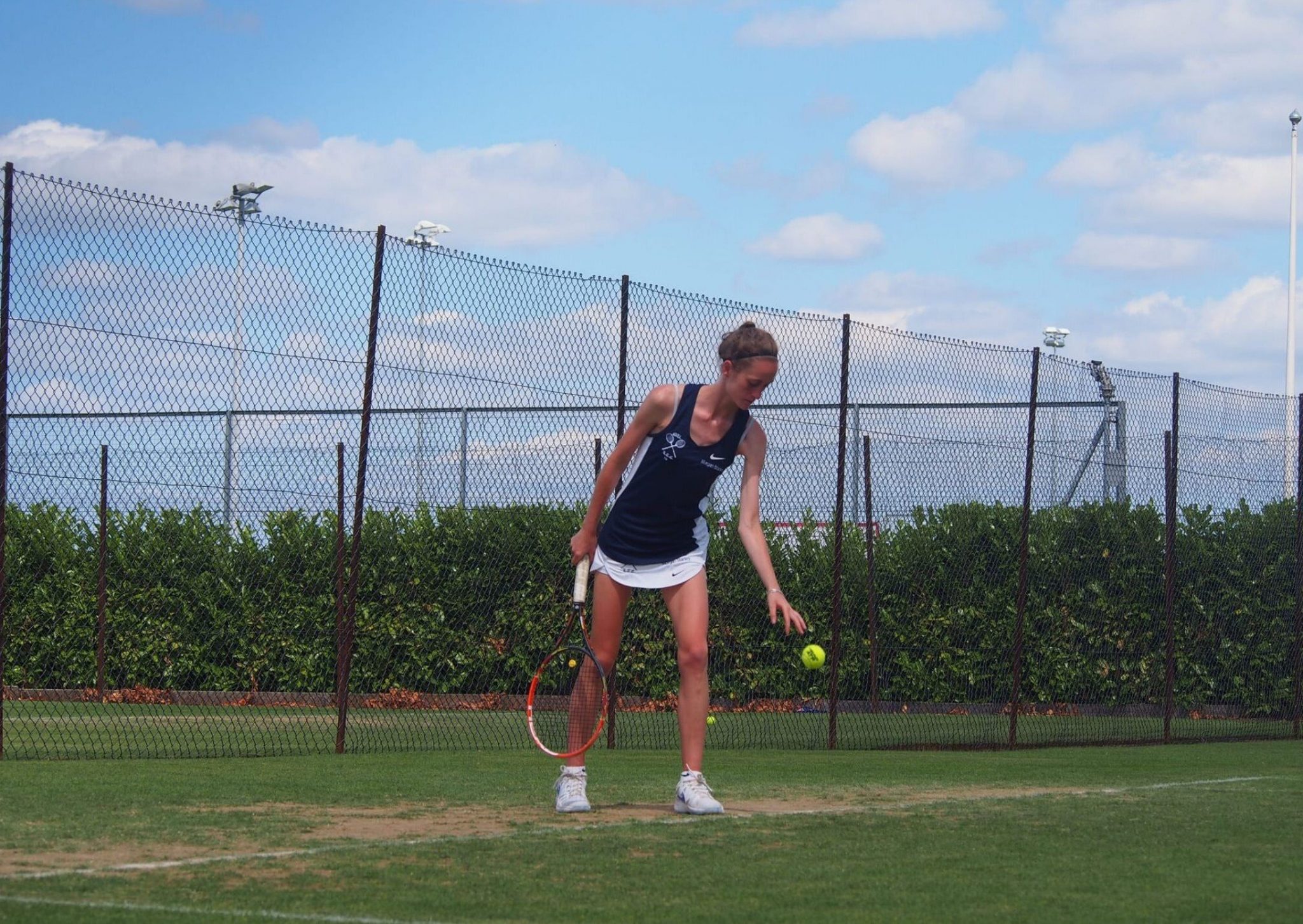 Sitting fourth in their league, only one place above relegation, the Blues went into the fixture with Cardiff just a place below them.

And from the outset, it looked as though it would be a close encounter: the last clash between the two teams had resulted in a draw, so the Blues were keen to make amends and bag all the points this time around.

Bucs tennis matches have a team of four, and each player plays a singles and doubles match against their corresponding number. In the first round, the first doubles pair, and the third and fourth singles players competed.

Cardiff Met’s team was the same as had been at the away fixture: the only difference between the two match ups was the debut of first-year Lucy Denly playing fourth for Oxford.

The first round saw a comfortable 6-1, 6-3 singles win for Sarah Cen, Oxford’s third player. Cen used her experience to wear down her opponent by remaining consistent and making a higher percentage of shots back into court.

Unfortunately though, Oxford’s first doubles pair had a tough loss 6-2, 6-3, as they failed to get into a rhythm in the face of hard-hitting, aggressive opposition. With the score even, all eyes turned to the fourth singles player.

At this point, Denly was 6-2 4-3 down, hence her opponent only needed two more games to win. But, Denly managed to turn the set around, fighting hard to take it 7-5.

This left it to a ten point championship tiebreak to decide the outcome. In spite of hustling back some truly incredible retrievals, on this occasion, Denly’s serve failed her, and she lost the match on a double fault, meaning that the score stood at 2-1 to Cardiff.

While losing out so narrowly was agonising, Oxford’s women were not deterred. In fact, up to this point, the results were identical to their last meeting with Cardiff. However, this now meant that Oxford needed to win two of the final three matches to draw, and all three to win: a big task.

Oxford’s women were well up to the challenge though. Nanami Yamaguchi, Oxford’s top singles player took a comfortable 6-2, 6-3 win. This was a match that balanced hard-hitting with intelligent play, and in this way Yamaguchi managed to outmanoeuvre and frustrate her dogged opponent.

The other two matches were tighter. An hour and a half later, Denly entered into her second third set of the day with Cen in the doubles, and Oxford’s second singles player Fran Benson leading 6-2 2-2 in a long endurance match.

Not to repeat her earlier mistake, Denly served to victory, interspersing acute angles with direct pace to set up some easy volley put-aways for Cen at the net.

This win gave Benson, who at that point was tied in the second set a big morale boost. With the knowledge that a win was so close, Benson regrouped. Playing aggressively, moving her opponent around, and finishing the points off efficiently, Benson was able to then close out the match 6-2 in the second set.

Oxford’s women won four rounds to two, moving them up to third in the league.

It was a busy day for the Oxford’s tennis players, with the seconds playing Cambridge.

However, the dark Blues fell to an 8-4 defeat, which left them rooted to bottom of the Midlands 1A league.