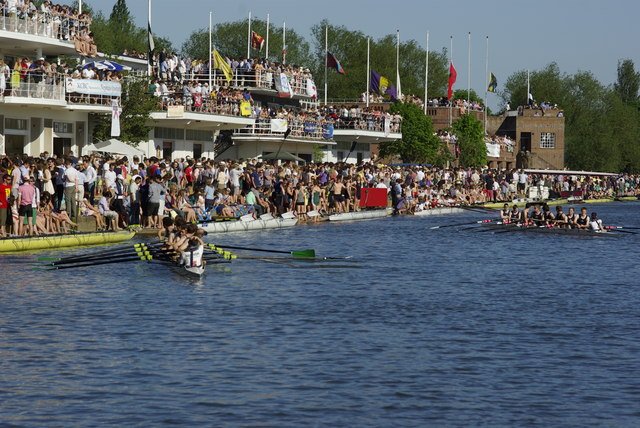 Matthew Rollerhttp://mattroller.contently.com
Matt, a PPE student at Exeter, was the paper's editor for Trinity Term 2018 alongside Fred Dimbleby. Follow him on Twitter: @mroller98
26th May 2018

Keble and Pembroke won the men’s and women’s headships respectively in front of a packed final-day crowd at Summer VIIIs.

Pembroke rowed over for a third consecutive day after bumping Wadham on the first afternoon of racing to ensure that for the first time since 2013, the headship changed hands, before Keble staved off the challenge of a resurgent Oriel to become Head of the River for the first time in 41 years.

There was little in the way of final-day drama in the top divisions, as the top six women’s boats and top eight men’s boats all rowed over.

Keble’s headship – their eighth overall, and their first since 1977 – was inspired by the presence of two Blue Boat rowers in the boat: Joshua Bugajski and Will Geffen.

Their bump of Christ Church on the first day pushed them up to head, before they successfully rowed over on Thursday, Friday, and Saturday.

Christ Church’s defence of their headship ended disappointingly: they were bumped by Oriel on Thursday as well, and ended the week in third.

In the women’s racing, Wolfson impressed throughout the week with a Blues-heavy boat, but Pembroke ended up winning the headship at a canter: they were dominant throughout the week, and their lead over Wadham was in little doubt this afternoon.

It was Pembroke’s first headship since 2012, and their fifth overall, and the Boat Club will be hoping that this can turn into a sustained period of success, replicating the 2000-03 crews who won the headship for four years in a row.