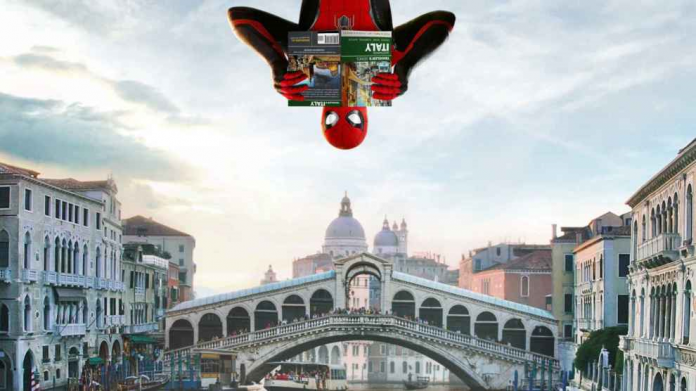 I’ve always loved Spider-Man. Spider-Man was my very first word (allegedly). I owned Spider-Man annuals, action figures, Top Trumps, lunchbags. Sam Raimi’s original trilogy, meanwhile, introduced to the young me a new imaginative universe on the fringes of the real world, where Peter Parker would fight the Green Goblin or Doctor Octopus before hurrying back to Queens in time for dinner.

I steered clear of the Andrew Garfield films; I was older now and besides, they looked too clean, too cool, too effects-driven. It was with some trepidation that I watched Tom Holland don the suit in 2016’s ‘Captain America: Civil War’ and then 2017’s ‘Spider-Man: Homecoming’. I enjoyed them both, but I wanted a bit more from the superhero I’d always liked the most- greater stakes, bigger threats, and action that twisted and swerved with all the improbable physics that the character’s (frankly bizarre) superpowers seemed to demand.

‘Spider-Man: Far From Home’ found my hopes met. Post snap-reversal, Peter Parker and his schoolmates head to Europe on a vacation which, far from being the break from crime-fighting Peter hoped for, turns out to be the setting for his greatest challenge yet. What follows is terrific: a pitch-perfect teenage (read: awkward) romance with great action, all anchored by solid performances from the ever-maturing Tom Holland, a charismatic Zendaya and Jake Gyllenhaal, in a role that isn’t what it first seems.

Ok, so after ‘Avengers: Endgame’ the stakes feel slightly diminished, despite the best efforts of the script (‘Now, this is an Avengers level threat!’ being one slightly on-the-nose example). Still, this remains pure blockbuster filmmaking- polished, snappy and buoyant.

Welcome back, Spider-Man, it’s been a while.