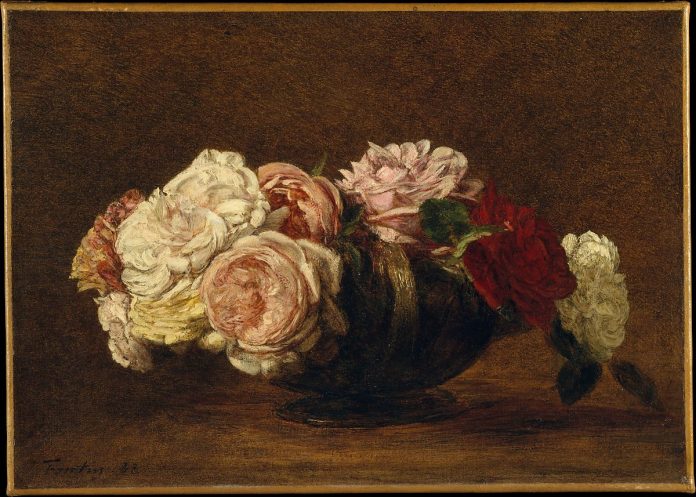 In our current political climate escapism is a dirty word. Moreover, it is a risky form of mental engagement in a culture that calls on individuals to be relentlessly woke, or else risk cancellation. Public figures ranging from Obama to Lizzo have already set to work taking cancel culture to task in recent months, but another victim of our societal obsession with hyper-awareness still needs recuperating. Escapist art– that is, art with no overt social function– has been unproductively vilified in the quest to be vigilant.

Take the La La Land / Moonlight debate. The controversy wasn’t just centered on the Oscars ceremony debacle, wherein a mix-up with the awards envelopes lead to the wrong name being read out for the best picture category, but on the nature of the films themselves. Barry Jenkins’ Moonlight is a vibrantly colored, brutally realist apprehension of the lived reality of gay black man growing up in the Liberty City area of Miami. Damien Chazelle’s La La Land is a spectacular modern-day movie musical, which suspends, for a time, the disbelief we often experience when confronted with the audacity of big dreams.

Both films are worthy of the critical attention they received, however, in response to the rivalry contrived by the first post-Trump Oscars race, people questioned the validity of a film like La La Land because its only social function seemed to be to inspire hope. Meanwhile, Moonlight was doing the heavy lifting, exposing the public to the plight of those with marginalized identities and giving a subject matter, which historically would have been filmed in a docu-realist style, the cinematic treatment– ecstatic color and all. The forced comparison of these two films became representative of larger debate about what the purpose of art should be in the Trump era. Under the weight of the call to be politically salient, La La Land came out looking trivial and un-worthwhile: an escapist indulgence. It would not be the last casualty of its kind.

Meanwhile, politically relevant films, like Moonlight, are regularly deemed “important,” and they are often very well celebrated for the way they speak to our time. However, importance should never function as an isolated criterion for value apart from a discussion about whether or not the film has been well made. (Luckily, Moonlight is both important and well made!) Nevertheless, there is still a danger with exclusively valuing art that centers ethically and politically pertinent questions. Because films that depict disturbing political realities are often harrowing, individuals can leave the cinema with a false, or at least unproductive, sense that they’ve already done the work to properly engage with the “important” subject.

For example, despite a clear attempt to address the rise of white nationalism in the US in the wake of Trump’s election, Spike Lee’s BlacKkKlansmen allowed white audience members to at once feel that they had truly engaged in issues of race and also be satisfied that they were on the right side of history. By depicting such cartoonish, overtly racist white supremacists on screen, white audience members could comfortably disengage from an interrogation of their own white privilege and biases, for the obvious reason that the sort of people who go to see a Spike Lee film very probably don’t resemble imbecilic members of the Klan. Of course, racism typically functions in more insidious ways.  On the whole, BlacKkKlansmen is a masterful film, but the movie’s byproducts, including this unearned reassurance for its white audience, demonstrate a need for caution in immediately granting esteem to films that seem to have a direct social function. Just because a film addresses a topical issue, doesn’t mean that it does so productively.

Still, audiences who attend screenings of political films have done some work: the emotional labor required to bear adequate witness to, and empathize with, whatever trauma is being unfolded on screen, is real work. But it’s a jumping off point many of us don’t have the energy to take advantage of because we’ve deprioritized our needs for beauty and leisure, in favor of the need to muster up proper outrage. It’s understandable why this has happened. It seems neglectful, like sticking your head in the sand, to make or experience art that doesn’t hold a mirror up to society and offer grim feedback, or at least a blanket condemnation of the state of our affairs. In recent years, many of us have turned to books, cinema, documentaries, or podcasts to be vindicated in our appraisal of the world, or, perhaps more simply, to find an outlet for our anger. Art can, and ought to, serve these purposes. But it’s not the only way art should be allowed to be meaningful: art that suspends, rather than apprehends, reality is also valuable.

Escapist art that takes us out of our world, or unabashedly encourages the contemplation of good and beautiful things, grants us a restorative distance from the particularities of our time, which gnaw away at us through news cycles and our everyday routines. Pop-philosopher Alain de Botton’s lecture titled “Art as Therapy” draws out some nuances of this way of thinking. He speaks very seriously on the subject of “prettiness,” and the tendency of some art critics to lambast both the artists who create pretty things, and the public who celebrates them. He notes that the best-selling post card at The National Gallery in London is Monet’s Waterlilies and, in an oversimplification of certain art critics’ worries, begs the question: what if we forget the darkness? Surely those who create or venerate these merely beautiful works of art are either hiding away from life’s troubles or idiots?

However, it is de Botton’s firm conviction (one that I share) that we run a much greater risk of being overwhelmed by darkness than we do of forgetting it altogether. The 19th century painter Henri Fantin-Latour, de Botton notes, was plagued by syphilis, money troubles, and problems with his parents, and yet, he chose to devote his time to painting bouquet after bouquet after bouquet of lovingly arranged flowers. Was he a fool? Or was he perhaps alive to the power of beautiful, escapist art to console and recuperate? Because it is the more generous interpretation, and because it offers a way forward, I would argue that Fantin-Latour’s flowers were not born of an ignorance to suffering, but of a dedication to curating and preserving the small moments of beauty that surfaced in his life, even while it was touched by pain. Most of us could stand to learn something from his efforts to self-soothe.

We need, perhaps now more than ever, art that apprehends our present situation. But we also need art that suspends reality, granting us a mental haven in which to recharge our exhausted levels of empathy and intellectual fortitude. When we take pleasure seriously art becomes therapy, leisure becomes rest, and rest begets new energy with which to tackle the problems of our time. As readers, observers, and audience members, we should be careful and unashamed that our art consumptive practices oscillate between ethical challenge and therapeutic respite, not only because great art is being made in both realist and escapist traditions, but because our need to feel hope is as unrelenting as our duty to feel outrage.