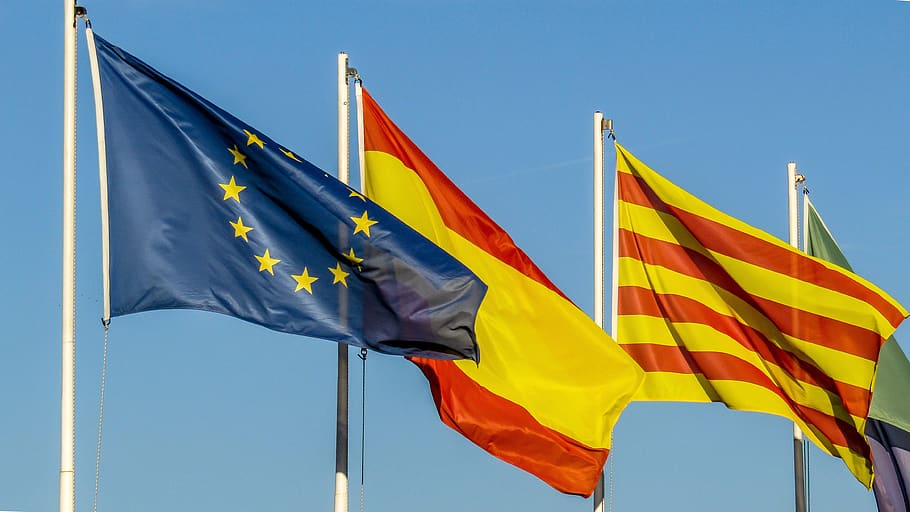 When the European Economic Community (EEC) shifted to the European Union in 1993, Maastricht Treaty emphasised ‘solidarity’ as its founding tenet. In the Treaty, member states created a common European citizenship and established the ‘European Union’ as we know it today – or more accurately, have known it until very recently.

It is this doctrine of ‘solidarity’ and common, equal, citizenship that is being betrayed and neglected in the EU’s fragmented and divisive response to the coronavirus crisis. Leading this treason against the founding principles of the Union is Dutch Finance Minister Wopke Hoekstra, followed by Germany and Austria, in their rejection of providing centralised EU financial aid. Not only is the EU socially distancing, it is fragmenting.

On Thursday 26th March, European leaders met to further discuss an EU response to coronavirus – or lack thereof. Spain and Italy backed by seven other member states asked the EU for financial aid to help battle the current humanitarian crisis and to soften the short and long-term economic impact, a sort of modern day ‘Marshall Plan’. In line with the principle of solidarity they urged for a “common debt instrument issued by a European institution to raise funds on the market on the same basis and to the benefits of all member states.”

This was opposed by the aforementioned northern European countries. Instead, the use of funds from the European Stability Mechanism (ESM), the so-called ‘coronabonds’, was suggested.  This recalls the severe and austere rescue loans given to countries like Greece after the 2008 financial crash. Though these were helpful and necessary, the current crisis requires different solutions with greater economic solidarity and leniency. Nevertheless, even the unethical proposal of granting 2008-style ‘coronabonds’ funded by the ESM, seen as better than nothing by Spain, and remaining unacceptable to Italy, is also opposed by the northern bloc.

Merkel told Spanish PM Pedro Sánchez: “If what you’re waiting for is the coronabonds, they’re never going to arrive.” In not proposing a new solution to resolve a new, unparalleled crisis, these nations are completely disregarding the vast, unprecedented differences between the 2008 crisis and the ongoing coronavirus emergency.

Using the ESM in the same way as it was used for the 2008 crisis suggests the current crisis is fiscal in nature, completely misrepresenting and neglecting the humanitarian emergency taking place. To put it into perspective, in Madrid alone there have been over 3,000 deaths. Juan Rodriguez, head of a funeral firm in Madrid said: “Everyday we begin the day as if a Boeing 747 had crashed in Madrid and all the passengers died.” In Spain, this amounts to four plane crashes a day, include Italy and it rises to eight, include the rest of Europe and countless planes are being shot down by coronavirus missiles, every day.

A unified EU response is needed to foreground the inherent idiosyncrasy of this crisis. Using the ESM would disregard the humanitarian emergency and imply that the countries most impacted are responsible and culpable for the economic crisis they are entering. It fails to acknowledge that this is a pandemic,

Hoekstra explicitly claimed superiority over the southern nations, calling for an “investigation” on the financial mismanagement of these countries for failing to fully recover from the 2008 crisis and have enough financial stability to face a new crisis, disregarding the specific, unavoidable nature of the coronavirus outbreak. Indeed, Hoekstra stated that issuing euro bonds is a “last resort” posing a “moral hazard by disincentivising economic reform.”

The question of future economic reform is the last thing that should be at the forefront of negotiations when there are thousands dying every day or not able to put food on the table because of the steep increase in unemployment resulting from lockdown measures. In conclusion to the ineffective meeting, the leaders postponed further discussion by 2 weeks, again demonstrating a lack of consideration to the immediacy of the crisis: 2 weeks in the exponentially developing coronavirus is a lot of wasted time, resources, and lives.

So, why should The Netherlands, Germany or any other economically successful country provide financial aid? The Maastricht Treaty emphasised the creation of a European citizenship, as symbolized in the burgundy passport – the first material symbol the UK has repealed since Brexit. This shared citizenship allows one to roughly model the EU as a single nation in itself. In this nation, Germany is the richest billionaire, together with France or the Netherlands. Spain and Italy are just about breaking even. They each pay their corresponding percentage of taxes – they are all eligible to access the public services of this nation, such as healthcare.

Let’s say, the citizen Spain, falls sick, should they not be equally entitled to healthcare despite making a smaller contribution to the service because of their income? This is of course assuming we agree with the accepted, widespread method of governing and administering the democracies of Europe. All nations contribute to the EU project in differing ways. This is precisely what makes the EU work – each member state has its own role in boosting the European economy and ensuring the four central freedoms of the Union.

Right now, Italy and Spain are the epicentres of the crisis. However, the epicentre is continually shifting, beginning in Wuhan, moving to Italy and now making its way to the USA. A strong economy doesn’t make you immune. No healthcare service in the world is currently prepared for the outbreak. According to the World Health Organization (WHO), Italy is ranked for overall efficiency of their healthcare. Spain is ranked 7th, the Netherlands 17th, and Germany 25th. Coronavirus does not see these rankings and hierarchies, and neither should Europe.

Despite the efficiency of the Italian and Spanish systems, they account for half of the global COVID-19 death-toll. The EU’s lack of united financial response is therefore ludicrous. There is no means by which any country, regardless of their socio-economic management, would have been able to prevent a financial and humanitarian crisis as a result of the outbreak.

It is understandable that in these times of crisis countries want to put their own nations and citizens first. In Germany and Holland there is growing pressure from Eurosceptic parties, namely the German AfD led by Alice Weidel and Gert Wilder’s ‘Party for Freedom’ in The Netherlands. This further pushes these countries to prioritise their own needs and economies first, even in the face of a global humanitarian crisis. Yet, succumbing to these arguably nationalistic demands only weakens the EU project the Eurosceptics criticize, in turn, furthering their cause.

This outbreak is truly testing the core ideas of solidarity in the EU, and so far the EU has failed to meet the mark. Instead of acting as a union the EU has provided 27 diverging responses from 27 member states, reluctant to collaborate against the common invisible enemy despite existing as a Union. Placing a sense of blame on these countries, who in fact have acted most accordingly to the WHO guidelines against the virus, exemplifies a dangerous, inhumane lack of solidarity.

French President Emmanuel Macron has said: “What worries me is the illness of every man for himself: if we do not show solidarity Italy, Spain or others would be able to say to their European partners: where have you been when we were at the front? I do not want this selfish and divided Europe.” Macron is accurately pre-empting the destructive threat that this lack of solidarity poses to the European project.

The growing fragmentation of the Union is not new. The pandemic has revealed widespread divisions across the EU which have been hiding behind the Brexit veil. Since the 2008 crash, there have been false hierarchies developing across the EU, fuelling the fragmentation now surfacing during the clash over ‘coronabonds’.

This is a critical moment for the EU’s survival. If it fails to respond accordingly, the post-coronavirus financial crisis may well be exacerbated by the gradual collapse of the Union itself. Now, more than ever, the whole world has to show solidarity and unity against the same common enemy, looking beyond politics and border demarcations.

“Solitude, for me, is the opposite to solidarity” wrote Colombian novelist Gabriel Garcia Marquez in “The Fragrance of Guava.” Now that we are the most isolated we have ever been, the most in solitude, the only thing that can keep us together is solidarity. This solidarity has to be demonstrated not only through individual actions, but in the wider institutions and leaders of our nations, in order to combat the oncoming recession of solitude. As a union of nations, the EU has a social responsibility to put their core principles of solidarity at the forefront of the fight against coronavirus, not shy away from them, as an example of unity in times of social isolation.