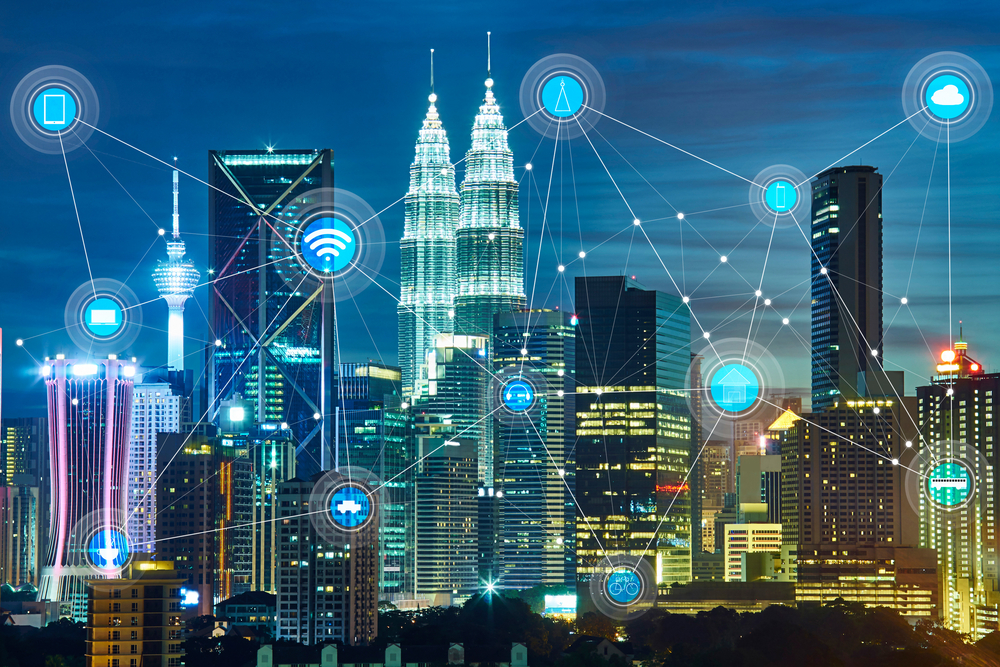 Empty London buses follow the usual circuits on clear roads, like Scalextric cars. Churches take to streaming Sunday service. Students, uncertain about their foreseeable academic futures, cling to supermarket cans, as they replace pubs with digital gatherings. Tough laws, enforced to combat the spread of COVID-19, have prompted mass engagement with technology. Our adaptation to these unprecedented social distancing regulations has cemented a cultural shift. The new decade will be defined by the innovative communication tools of the last.

We are left to decipher vague instructions from the isolated heads of unwell politicians. Monitors are assembled within a room, alongside healthier colleagues and journalists. The spectacle, resembling a conceptual performance, is complete. Our faith is consequently placed in Zoom, a remote conferencing app employed by government officials. Decisions being made are based on questionable statistics, detailing cases and deaths. These can be best reviewed on recommended websites. The public have been catapulted into, what feels like, a dystopian production.

Despite the surrealistic nature of the pandemic, it has already had a damaging impact on the economy and will continue to do so. The political input of citizens has been diminished and the expression of their viewpoints is limited to posts on social networking sites. Individuals have quickly learned the importance of complying with regulations to avoid infection. After being presented with polls, even the typically control-averse realise these changes are necessary, temporary measures, and have conformed.

However, a shared passive attitude towards decision making has arguably already been encouraged and enabled by the rise of Smart technology. Opting for a social structure based on findings and algorithms, over one of deliberation, has long been on the horizon. In popular entertainment, data-collecting applications, such as Spotify, have quickly been adopted by both experts and consumers alike, in search of new music. Unfortunately, as the algorithms in place, function by grouping users and distributing identical suggestions, the element of discovery and individuality is removed. Tourists unwittingly allow Google to dictate and manipulate their view of surroundings, as they rely on map services to navigate. Due to the promises of accuracy and technological advancement, users believe the results they receive are unbiased. However, Google Home, the firm’s directory assistant product, is programmed to only recommend companies they have financial ties to.

The lack of diversity in music suggestions is unlikely to pose a direct threat to the running of the country. Nevertheless, the same type of code is often applied to modify behaviour and homogenise audiences. Unlike Spotify, visitors to Facebook expect an identical view, but are presented with material based on their own activity. Social media corporations have a tendency to favour political parties in their advertising space, to influence their visitors voting habits. Advertisers can use Facebook’s audience insights tool to make minor alterations to campaigns that suit each potential viewer. With such a sophisticated system and wide scale presence, a political party can be hugely impactful and competitive. In order for capitalism to prevail, all potential conflict must be eradicated. It is best achieved by making people more alike. Fortunately for these conglomerates, the act of manually exploring is now regarded as laborious, to the detriment of individual taste and democracy.

Multinational tech organisations, in a bid to encroach further on public space, are moving towards the formation of cities and urban planning. Like their existing virtual worlds, these built environments will seem authentic and advanced enough to self-regulate. They will also appear to remove human error and differing ideas. This would mean a decreased level of input from residents, which could appeal to those disenchanted with democracy. Perhaps Generation Z, a demographic who feel underserved by authority and are highly active within a culture influenced by Silicon Valley entrepreneurs.

The symbiosis of digital platforms and physical space could be used by the reigning corporation to push a single capitalist ideology. The parameters of the city would therefore represent a political constituency, all subscribing to one doctrine. When the zeitgeist is analysed, the current lockdown appears to be a precursor to an inevitable future. One where residents’ faith in data and disinterest could be exploited to further support the selfish, capitalist goals of its rulers.

Sidewalk Labs is a subsidiary of Alphabet Inc, a company created by Google in 2015 to parent all of their existing ventures, including Google itself. Quickly following this, the organisation began developing a proposal for a smart city on the Toronto eastern waterfront. A large majority of the public aren’t aware of the organisation’s restructuring and don’t recognise the name. This allows Google to branch into new territory without immediate connections being drawn to their international reputation. All components of the city’s infrastructure will have attached sensors, delivering real-time measurements. For example, the design and efficiency of transportation is said to be improved by constant updates on energy usage and traffic statistics.

The environmental improvements of the operation are in keeping with the aims of what has been dubbed, ‘The Collaborative Commons’. The Collaborative Commons is a shared post-capitalist vision whereby emerging smart technology will be used in homes to improve the conservation of energy and in turn reduce running costs. In this utopia, people will become liberated prosumers, capable of self-producing products, with 3D printers. The willingness to share free material online also will play a crucial role. By employing green appliances, all parts of the process will be brought to a ‘near-zero’ cost.

Sidewalk Labs include similar methods to maximise the usage of appliances but differ in wishing to take power away from residents and increase their own profits. In a smart home, mechanisms automatically adjust in accordance with recorded figures, of which, the homeowner can see. In a city, a governing body can decide on the visibility of results. Both goals towards sustainability and the public’s faith in data will arguably be exploited in the smart city model to conceal genuine self-interest.

By implementing detectors within all parts of the infrastructure, Google can use data to justify any future developments within the city, but there is no guarantee it won’t be falsified. To avoid being overturned, capitalism must take advantage of new industries or global issues. The anxiety felt by the public and their efforts to follow pandemic guidelines will be exploited in a similar way to how the Collaborative Commons has been.

A primary concern in the current crisis is our distance from the figures presented. The death toll put forward by countries, such as China, is probably unreliable. It is also alleged that Chinese authorities prevented the media coverage of the early outbreak as they believed the negativity would damage the party’s reputation. This highlights the extent to which dissemination and censorship plays a role in reinforcing a hierarchical structure.

Social distancing is unquestionably a logical step in slowing down the virus, but it inadvertently removes the voice of communities. The separation of citizens to specific regions and the removal of public space as a place for discussion, means news can be more precisely targeted. If the virus didn’t prevent people from working, the division would completely fulfil capitalist dreams.

In these circumstances Facebook and Twitter appear as emancipatory tools of expression, however this is mostly an illusion. Officials of many countries have allegedly infiltrated such sites to spread disinformation and to create conflict with other nations. A wide range of personal details, including location, can be extracted from profiles and used to improve the impact of fabricated stories. Vague media coverage is strategically put out to allow economic stability to be prioritised, without public intervention. Once again platforms are being misused to subtly alter perception and their success is due to how we’ve become acclimatised.

The longevity of the Toronto Waterfront, or ‘city-within-a-city’, project will strongly rely on the transmission of news. Torontonians, convinced by the perks of the plans, will move to the space and gradually follow the corporation’s mission statement. From there, networks within the space can be tampered with to block out or slow down the circulation of external news. Conflicting views will be removed from media coverage to ensure the continual submission of residents, a technique the Chinese government have recently adopted to prevent resistance. Individuals will be given agency over common areas, but it will no longer be a place for political discussion. The autonomy over parts of the land will work as an illusion of democracy within an anti-democratic system.

In some ways the limitations are comparable to present lockdown conditions. Recently, surveillance, tracking our movements in such areas, has increased, or at least has been made more transparent. We have become inactive spectators. We are informed that these measures are for our own benefit and are only taken to ensure social distancing is being carried out. Once the capitalist slogan, ‘there is no alternative’, is instilled and believed, the power of the corporation is boundless.

A news broadcast could inform us of additional pandemic restrictions tomorrow, without consultation. The laws aren’t fixed, and deception can still come into play at a later date. Equally, the transition back to typical policing, following the lifting of the lockdown, could be timely or, if we are not careful, non-existent.