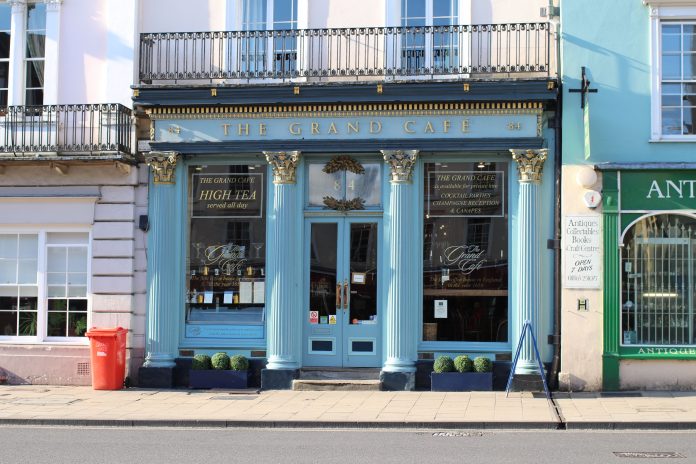 ‘I have measured out my life in coffee spoons’ is a line which comes uncomfortably close to describing how I spend much of my time. Yet my guilt is somewhat relieved by the knowledge that I am in the majority here. Certainly, many Oxford students’ hours spent studying, socialising and dating are built up less in the dorm, club or restaurant, and more in cafes than we sometimes realise. Spoilt for choice in this city, and with workloads long enough to require a few changes of scene, the cafe table as office desk is more than an everyday sight, and with the abysmal English winter weather, meeting friends outside is a rare occurrence till third term.

This kind of reliance on cafes is of course not exclusive to Oxford, but it seems a more central part of student life here than any other city I have spent time in. I think the fact that it can often be so difficult to get a seat in these places is a testament to how many people value cafes here as much as I do. Not to mention the fact that there is no better place to eavesdrop on interesting conversations, to happily bump into a friend by chance, or to spot interesting characters than in Oxford cafes. In just one term I had overheard CosmicSkeptic debating with friends, the animator of ‘The Snowman and The Snowdog’ chatting about her work, and the popular science writer Colin Bruce talking very loudly about life on mars and his friendship with Mark Haddon. If any of these people are reading this article, I can assure them that I wasn’t purposefully eavesdropping on their conversation, I was studying nearby and couldn’t help it.

Cafes may play a central role in Oxford life, but as it happens, English cafes, or to use the olde term, coffeehouses, have a history in which the city plays a highly important part too. Coffee was introduced to England in the early 17thcentury, and in 1652 the first coffeehouse opened; it was called the Angel, and was located at the site now occupied by the Grand Café on High Street. Coming in at close second is the Queens Lane Coffee House, less than 100 metres away, which opened in 1654. The reason that Oxford was leading from the front in this regard is due to the large concentration of academics in the city, who had ‘exotic’ interests and were perhaps more aware of changes in Europe, where coffeehouses had already begun to open. These two ingredients, the intellectuals and the coffeehouse, mixed to create a phenomenon of some significant importance in English history, which can easily be forgotten and underappreciated.

The coffeehouses soon acquired the nickname ‘penny universities’, due to their patrons from the colleges and the cheap cost of entry. This high intellectual clientele, combined with such inexpensive costs (if only they were still this cheap), meant that less well-off locals and travellers, who couldn’t normally access educational institutions such as Oxford, could begin to mix and discuss common matters of interest with these prestigious dons and students, some of which spent more time in the coffeehouse than they did at class– behaviour which I imagine sounds familiar to some readers. It was said that Christopher Wren was a regular attendee. Entry also included access to newspapers and pamphlets, with ‘runners’ going from café to café sharing any updates in news. These spaces of debate soon became fuel for the newspapers themselves, with the original Spectator and Tatler magazines acquiring much of their content from things heard at the coffeehouses of London (the popular ‘The Spectator’ blog is called ‘Coffee House’, which is a nice testament to its origins).

It was in London where the coffeehouse next caught on after its success in Oxford. One notable early London cafe was called Nando’s. I like to think that writers such as Johnathan Swift may have been heard to exclaim to their friends that they were heading for a cheeky Nando’s, although I was disappointed to find out that the word ‘cheeky’ wasn’t used till about the 1840’s. With geographical spread, the political significance of coffeehouses only increased over time­– Charles II even closed them all in 1675, after accusing them of breeding sedition. However, after great protests from every faction of the political spectrum, the King gave in within only two weeks and allowed them to reopen. So, for any of us missing Oxford cafes due to the coronavirus, we can be assured that our feelings would be shared by our Oxonian ancestors.

Whilst coffeehouse culture faded out through the 18th century due to the increasing popularity of tea, exclusive clubs and snobbishness, many managed to hold on through the next few centuries until their popularity grew again in the 20th century. Their function in Oxford is in some ways very similar to what it was back in 1652, although now much improved by the presence of female customers, who were unfortunately excluded from the original coffeehouses. Students may sometimes feel guilty, or be looked down upon by some, for studying in cafes and laying out sheets of paper, books and a laptop over their table, but the merchants and stockbrokers of the 17th century turned their tables into mini offices in much the same way, so we can relax knowing that we are part of a 370-year-old tradition in that respect. Whilst the cafes here are dominated by students and a mostly middle-class local clientele, the diverse nature of the student body means that the social and cultural mixing has been retained.

For the moment, it is nice to appreciate the things we normally take for granted (‘The Missing Bean’ has never been a more apt name), and consider their wider importance in history and society, including what they may mean to others as well as ourselves. A sense of solidarity can be fuelled from these common interests and habits which we usually consider small. We can look forward to when we have returned to normality, where routines and spontaneity can freely mix again, and we can return to our regular haunts either in Oxford or back home.

‘…. there were still some who climbed the narrow stairs to their favourite coffeehouses although no longer prepared to converse freely with strangers. Before entering they looked quite around the room, and would not approach even close acquaintances without first inquiring the health of the family at home and receiving assurances of their well-being’

Despite the fact that these lines, describing cafes during the plague year of 1665, will sound unfortunately familiar in the near future, we can gain comfort and relief from the thought that, like back then, these bizarre times will eventually be over. We will soon be able to meet friends and strangers again without worrying about how closely we are stood or sat together.

Tales from the Trip