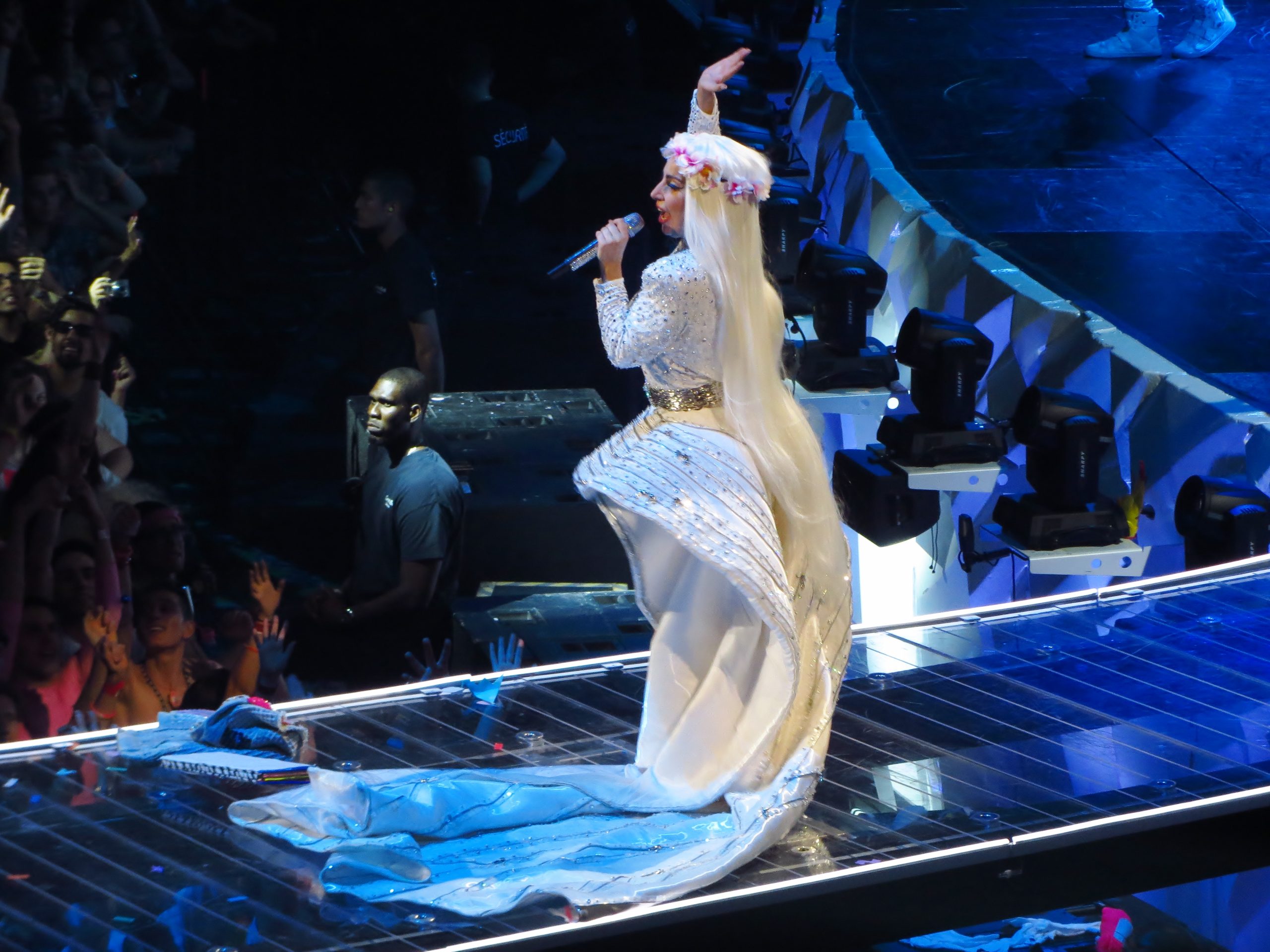 Promoting her latest album on Twitter, Lady Gaga told fans: “listen from beginning to end, no need to shuffle, this is my true story.” Indeed, Chromatica is a study of the album as a personal narrative, of music as an exploration of the self. Gaga unapologetically discusses raw issues, from mental illness to the pressures of society and the media, while at the same time refusing to renounce her signature fast-paced dance pop.

After her less-than-revolutionary experimentation with the ballad form on the 2018 A Star is Born soundtrack and her 2016 release Joanne, fans are delighted to be hit with some new energy in the form of a fiercely electronic disco-pop album. This is one for the clubs – or rather, in our current circumstances, the socially-distanced dance sessions in the garden or on alcohol-infused zoom calls.

A crucial success of Chromatica is its ability to maintain an overarching narrative whilst at the same time including songs which work as their own kind of stand-alone story. Gaga outlines her experience with antipsychotics on ‘911’, one of the album’s stand-out tracks. The lyrics are articulate and powerful: “Turnin’ up emotional faders / Keep repeating self-hating phrases / I have heard enough of these voices / Almost like I have no choice”; Gaga admits and embraces her own vulnerability and highlights the feelings of powerlessness often caused by mental illness. However, the strong, pulsating beat throughout the song injects a sense of reclamation and strength as she takes control of her own narrative.

She also addresses her experiences navigating the world as a woman in the spotlight; ‘Plastic Doll’ is particularly strong in challenging traditional gender expectations as well as the objectifying nature of the media: “I’m no toy for a real boy / If you’re a real boy”. She turns the male gaze on its head by challenging her partner’s own masculinity, before rejecting the scrutiny of the media by throwing their criticism back at them: “Tell me, who dressed you? Where’d you get that hat? / Why is she cryin’? What’s the price tag?”. ‘Free Woman’ is another empowering moment of self-definition –  I’m sure it won’t be long before we are all belting out: “I’m still something if I don’t got a man / I’m a free woman” whenever an opportunity arises for a bit of dancing, even if it’s just a solo session in our rooms.

Chromatica’s main downfall, however, is a lack of the musical innovation we love most in Gaga, her more original spins on generic pop as seen in throwback fan-favourites like ‘Born This Way’ or ‘Bad Romance’. The closest we come to this kind of true Gaga-esque flair is the final track, ‘Babylon’, a song few other artists on the would truly be able to pull off (save Madonna back in 1990). A number of the Chromatica tracks risk verging on becoming what one might call a bland or mindless club tune, though in some cases they are saved by their lyrics and deeper message. ‘Replay’ and ‘1000 Doves’ don’t immediately grab their listeners’ attention, although they do contain important themes, especially relating to Gaga’s experience with PTSD and inner conflict: “The scars on my mind are on replay, r-replay / The monster inside you is torturing me”. Though Gaga’s honest and authentic lyrics often come to her aid, the less personal collabs can be found more disappointing – in particular, ‘Rain on Me’ with Ariana Grande. It’s a decent enough dance tune after you’ve had a few drinks, but there’s not a huge amount more to say about it.

The main source of innovation in the album is definitely the use of high-energy, mood-enhancing, dance music to tell a story about the serious and the introspective. Gaga tells her story in her own way: that is, though pop, pop, and more pop. Though some might brand this style as superficial, this album’s discussion of the deep brings a new dimension to the club genre. What does it mean for society when people are able to dance all night to songs that address mental health and vulnerability? That we are making some kind of progress towards becoming more aware of, and willing to confront, the issues of the modern day? I hope so. In terms of purely musical innovation, I don’t know if Chromatica will make a massive impact on the sounds making up future dance numbers. But thematically and conceptually, I think this album has the potential to encourage us to deal with what’s real.