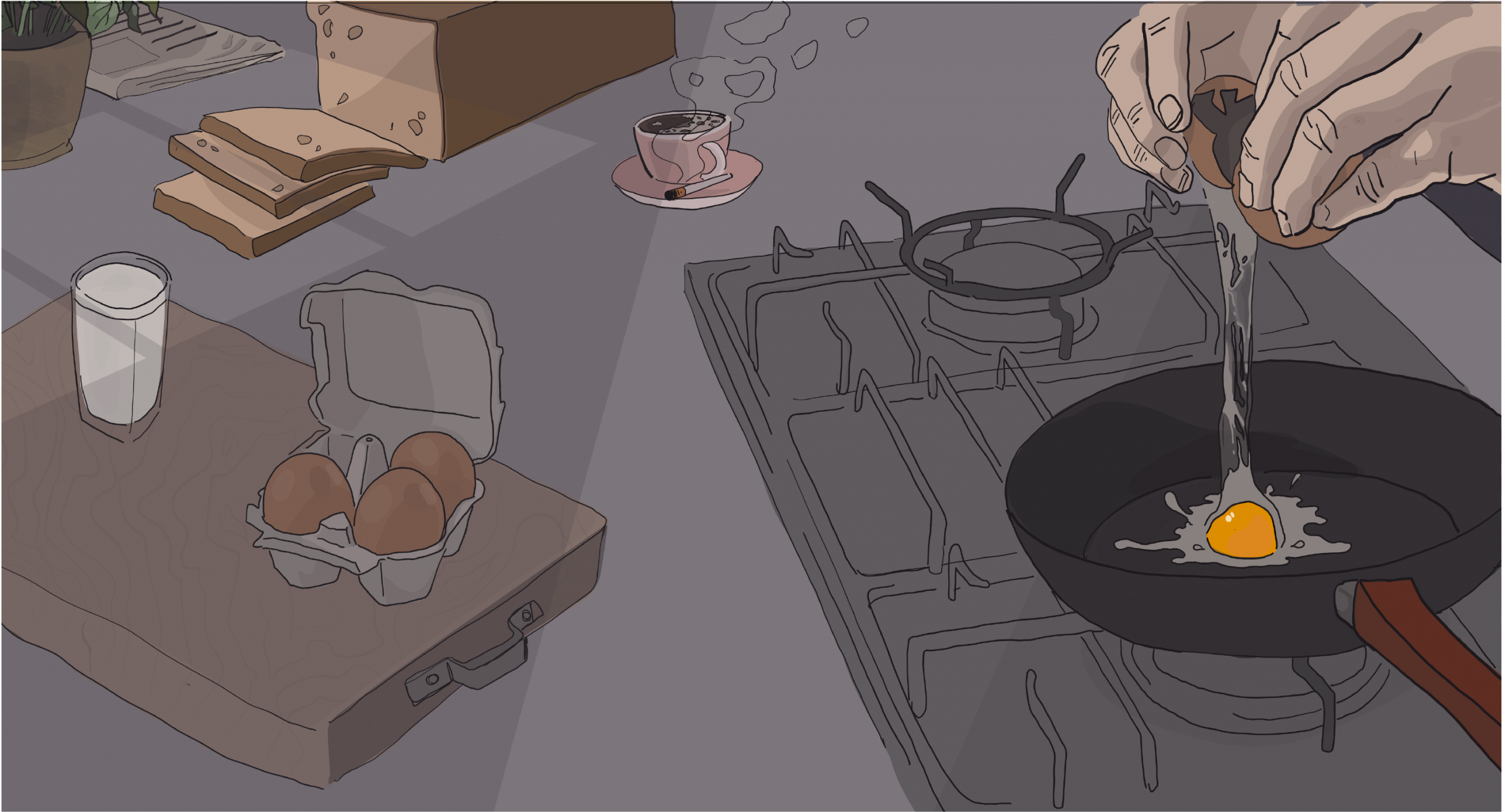 ‘What are days for?’, the poet Philip Larkin once asked. That question has felt particularly pertinent these last few months. Claire-Louise Bennett’s strange and brilliant Pond (Fitzcarraldo, 2015) might be read as offering an answer in keeping with Larkin’s, both profoundly straightforward and infinitely complex: ‘Days are where we live’.

In a series of twenty relatively short chapters, Pond records infrequently minute detail the psychological condition and quotidian experience of a young woman living alone in a coastal cottage in the west of Ireland. The work, formally balanced somewhere between a novel and a collection of short stories, distinguishes itself by its attention to the various things that go on in days, both mighty and trivial: eating, sleeping, talking; loving, thinking, cooking; reading, walking, confronting.

One section, entitled ‘Stir-fry’, describes the disposal of a meal in concise and brutal detail: ‘I just threw my dinner in the bin’ — ‘I put in it all the things I never want to see again’. One of the bracing pleasures of reading Pond is Bennett’s recognition that homes, like novels, are rarely wholly confining or wholly comfortable, but rather spaces of powerfully mixed feeling. The warmth of morning coffee rubs up against a reflection on ‘the essential brutality of love’. Bennett’s narrator knows that, in the blink of an eye, a home can flip from being a place of refuge to one of pain and decay, like the bananas she eats for breakfast which ‘don’t, in fact, take well at all to being forgotten about’: ‘They wizen and stink of putrid and go almost black’. It is in such moments of tonal unpredictability that Pond is at its most exciting, and its most real, because it rejects the spurious consolations of cosiness in favour of a narrative that is by turns fragmentary, aimless, languid, and fierce — and stubbornly loyal to the complicated reality of the feelings it describes.

One of the most striking aspects of the book is Bennett’s distinctive prose style. At once chatty and finely wrought, it moves deftly between the establishment of familiar intimacy and the piercing deflation of expectations. Snatches of the confessional first-person voice are juxtaposed with passages of stark impersonality: ‘Thinks of twilight, privet hedges, and a bookcase falling forward.’ Another chapter delivers a raptured address to tomato purée in all its ‘kitsch and concentrated splendour’.

Obsessively turning single words — cantilevered; ottoman; chopping — over and over, as if to try and catch something of their essential character, Bennett revels in the little details of which sentences, homes, and lives are made up. Pond is the exemplary proof that ‘the knack of living’ lies in attending to such ‘small matters’ as the number of spoonfuls of sugar added to a cup of coffee, or the sight of a leaf falling through a bathroom window in the middle of a storm.

The French philosopher Gaston Bachelard, from whom Bennett takes one of her epigraphs, wrote that ‘an entire past comes to dwell in a new house’. Pond is wonderfully attuned to the ways in which domestic spaces both accommodate and shape human personality and of which we are often only half-aware. In one of the book’s most memorable stretches, the narrator describes her filthy kitchen and reflects on ‘attempts to arrange one’s awareness upon the immediate surfaces always and not let it drop into the ravines of smeared disarray everywhere between things’. Efforts to suppress or sanitise the messiness of domestic life (we might think of the trend for ‘decluttering’ in interior design) spring from the false conviction that such disarray can be meaningfully separated from the business of living. Pond, by contrast, finds its very narrative energy in those ravines, and revels in their heady mixture of ‘goose fat and unrefined sea salt’.

Bennett’s title encapsulates the concerns of the book: in its primary meaning, it refers to a strictly circumscribed and small body of water, reminding us of the small compass of the novel’s geography, wherein much life is nevertheless concentrated. But in its verbal form, ‘to pond’ can also mean to collect or accumulate, to restrict the flow of water, and, most dramatically, to throw somebody into a pond. Our experience of the work is apt to its title: the reader is plunged into a tightly defined space whose depths are not at first discernible, and, like being pushed into a pond, it has the potential to be either suffocating or enlivening (or both). The initial shock of the plunge soon gives way to the imaginative richness of being immersed in another world, however momentarily. Throw yourself in.