Returning for their third studio album, IDLES come through with their most cohesive and explicit project to date, writes Oliver Hogg. 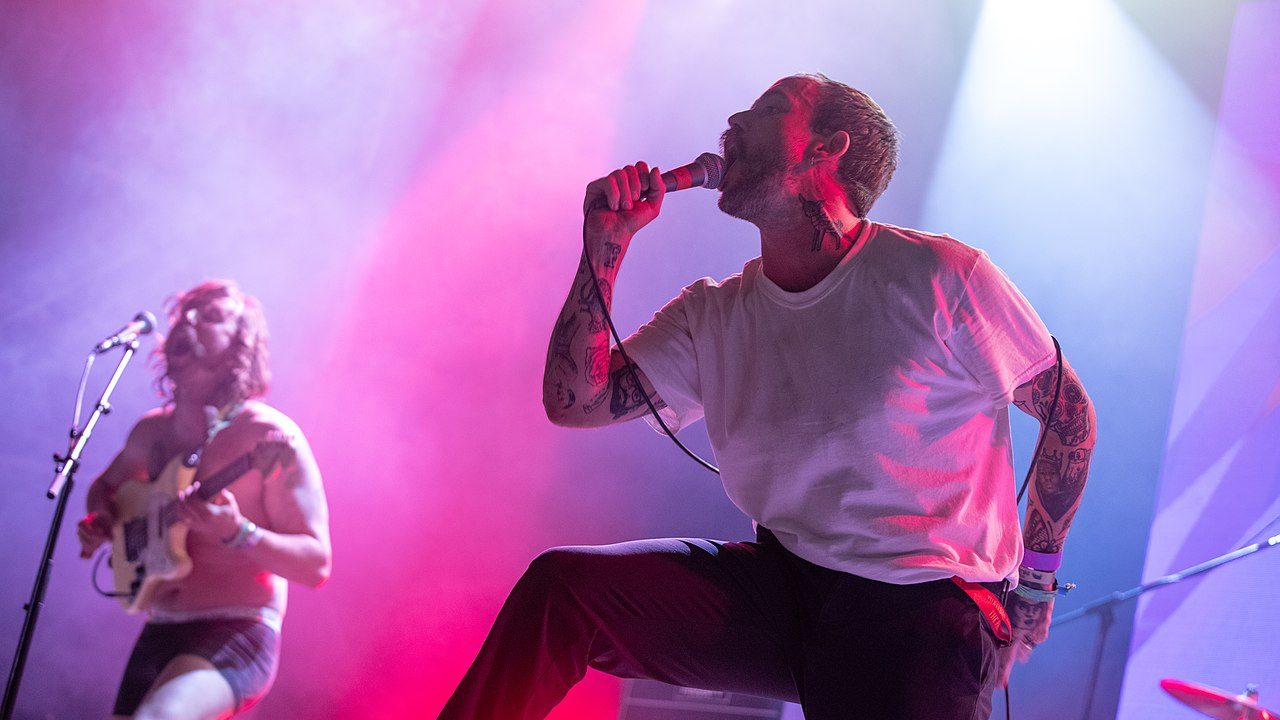 Being a huge fan of Idles for the past few years, I was dumfounded by the criticism that they have faced since the release of their last album. Accusations of sloganeering and virtue-signalling have been thrown at the group – but I just don’t get it. Any research into the group would show you that their beliefs, which they preach through their lyrics, are much more than just performative activism, are consolidated in the band’s actions. To attack Idles’ activism is to gatekeep leftist beliefs; just because the members of Idles don’t belong to the minority groups that they support does not mean they can’t be allies. In fact, everyone should be celebrating that an album that is so in line with racial and class equality, feminism, and support for the LGBTQ+ community is going number 1 on the charts.

And if you’re someone who even felt that it was justified to critique Idles’ more esoteric and implicit lyricism on earlier projects, arguably shrouding their activism – on Ultra Mono, the band are going to beat you over the head with their beliefs, with explicit intent.

Ultra Mono starts with the roaring ‘War’, a song about inner-conflict and self-doubt, which doubles up as an anti-war anthem. Ironic. ‘War’ is immediate, drums rattling and guitars pummelling from the off, before lead vocalist Joe Talbot comes in with emphatic and animated vocals, blurting out onomatopoeias describing the feelings of self-doubt. The chorus is even more disorientating than the start of the song, with the machine gun drumming and screeching guitars emulating pure violence and chaos, which juxtaposes the hook: “This means war! Anti-war!”. The following track ‘Grounds’ perfectly contrasts ‘War’, being a song of self-belief as opposed to one of self-doubt. The refrain “I am I! Unify!” is simple but powerful, and repeated across the album on tracks like ‘Mr Motivator’ and ‘Danke’, egging you on to love yourself. ‘Grounds’ starts with sporadic synths before the guitars crash down on the drums. It is instrumentally minimalist compared to ‘War’, but is nevertheless powerful, particularly in pushing their lyrics. On this track, Idles are very critical of British imperialism, with Talbot singing: “Fee fee fie fie fo fo fum, I smell the blood of a million sons, A million daughters from a hundred thousand guns, Not taught by our teachers on our curriculum.” Talbot draws parallels between the thieving giant from the classic tale of Jack and the beanstalk, and the British empire stealing from all that they conquered, while also killing millions – all for it to be almost forgotten as it is not taught to the nation, when we ought to be facing up to our horrific past.

My favourite track on the album comes with ‘Ne touche pas moi’. On this track, the guitars are rapid and striking like lightning, while the drums hold the rhythm and crash down in sync with the guitars on the brilliant lines: “Cause your body is your body, And it belongs to nobody but you, But you!” The song is an unbridled attack on misogyny and rape culture, threatening justified violence to cat-callers, wolf-whistlers, and sexual abusers. The chorus is stunning, with guest vocalist Jehnny Beth screeching “Ne touche pas moi” and “Consent!” while Joe Talbot intersects with “This is my dance space”, which is very fitting as it has become common place at Idles gigs to have women only mosh pits.

Like any good British punk release, there is a lot of beautiful right-wing disses – too many to list, but I do want to point out my favourites. On the manic ‘Model Village’, Talbot compares a right-wing “model village” to an ignorant cult full of “gammons”, who are “Just saluting flags ‘cause it’s British”, without knowing what that actually means – they are blinded by their ignorance, or as Idles like to call it, “The Sun”, which is also referred to on ‘Grounds’. On ‘Carcinogenic’, Talbot sees the right-wing treatment of the working class as comparable to a cancer. And while that is a very serious topic, it doesn’t stop Talbot from being hilariously singing “Public spending gets big slices, while ignoring the true crisis, Where were you when the ship sank? Probably not queuing for food banks, Probably waiving the Union Jack, Probably rallying for new tanks, Probably to blow up the ice caps, Because the lunatics have taken over the asylum”.

Ultimately, Ultra Mono is everything that I want out of an Idles album – it’s loud, it’s harsh, it’s catchy and it’s powerful. As a Geordie lad, there is not much more I love than brilliant British punk, attacking the right and preaching the left, and Ultra Mono more than hits the spot – I cannot wait to see it live (COVID permitting of course).