Charles Britton is besotted with the potheads in 'Garden' 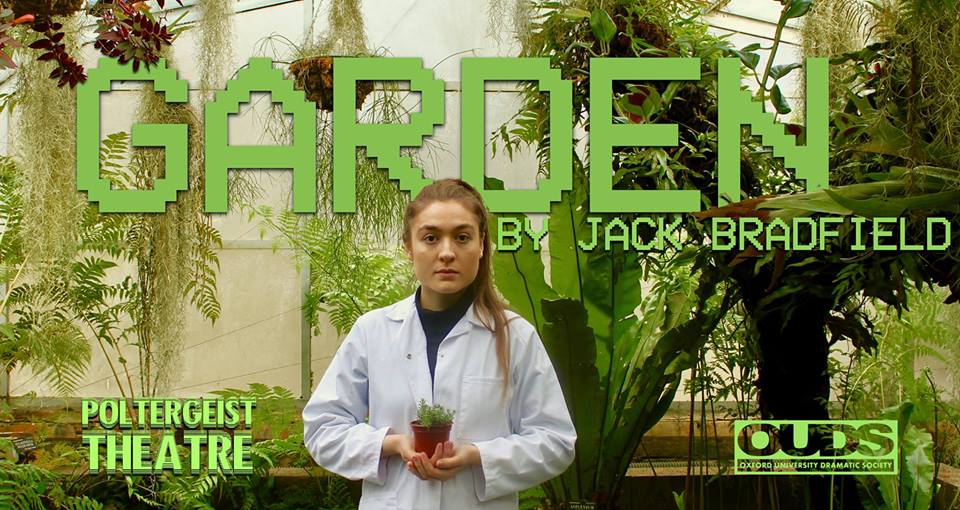 With Finals and Prelims lurking around the corner for some, there is no better antidote to stress than ignoring your studies entirely and escaping into the fantastical realm of comedy. Jack Bradfield’s Garden not only delivers on escapism, but provides laughs in spades. The play is an absurd hotchpotch of ideas, blasting bass at the audience while the characters enter their virtual stasis, and referencing everything from Don Quixote and Super Mario 64 to the time-honoured tradition of Wetherspoons pubs, all effortlessly synthesised.

Garden’s premise alone demands attention: in the not-too-distant future, scientists are convinced that humanity is living in a simulation, “like the world is scripted […] running on a programme”. The audience follows a group of workers at a research centre where the study of phytology has been deemed obsolete and is to be replaced with a supercomputer. Everyone in Garden is looking to make sense of the nonsensical world in their own unique way—Elizabeth works almost ascetically, preferring to talk to plants rather than humans, while Jessica cannot comprehend jokes, so forces people to repeat them so she may record them. These individual methods only alienate them from each other, however, as they are wrapped in self-interest.

The production’s defining feature is its dry sense of humour. Characters lack any kind of filter to their speech and their bluntness makes them some of the most socially incapable (but immensely likeable) misfits on the planet. The acting on show is phenomenal, everyone demonstrating an adept sense of timing, holding comic silences with ease. Some lines are just so quotable that they will never lose their charm, “Kids shit in the Eden Project”, “You’re not a veggie spider”, and “You’ve dismembered my fucking aloe vera” being some of my personal favourites. The sense of irony is strikingly clever: viewers will delight at noticing that the aloe vera Elizabeth works so hard to protect is eventually blended into cocktails at her own leaving party. This party scene, incidentally, is also the most intelligently composed scene in the play, dipping in and out of individual conversations seamlessly, almost in the manner of a sitcom.

Much of this effect is evoked by the narrator-figure, a mysterious entity exercising full control over her subjects and flaunting that omnipotence before the audience. Her distantly scientific idiolect reduces human behaviour to its constituent components, further satirising the characters’ follies. The narrator always manages to find the most opportune moment to release the worst character possible from stasis at the worst possible time, normally when another is spilling their darkest desires. She replays characters’ pasts at will, forcing them to re-enact painful moments from their childhood at symbolic moments in the present. The narrator’s role in the drama raises the most stimulating questions about the world being constructed onstage, making her the greatest asset to its meaning.

Were that not mind-boggling enough, Garden throws a convention-defying curveball towards the end, drastically changing the tone of the play. What is supposed to be cathartic comes across as disturbingly ambiguous. The aftermath allows for an incredibly touching scene, but whereas the false ending denotes a masterful playing with form, the real ending feels like it struggles to actually end in the looming shadow of what has passed. Unfortunately, this is also true of some of the gags, some of which are strained, some having three punchlines, and which overstay their welcome. A minor complaint, and one which did not impact my overall judgement of the play, but worth mentioning nonetheless.

All in all, Garden self-assuredly toes the stylistic line between sitcom and comic play. Its originality and vivacity are infectious, made even more affecting by its ability to hold a mirror up to our own antics and quests for purpose. This is precisely the kind of theatre I would like to see more of in Oxford, and I look forward to Bradfield’s future pursuits. For now, however, as I return to my study, I shall remember what Garden taught me, that “to waste time, it seems, is to be human”.