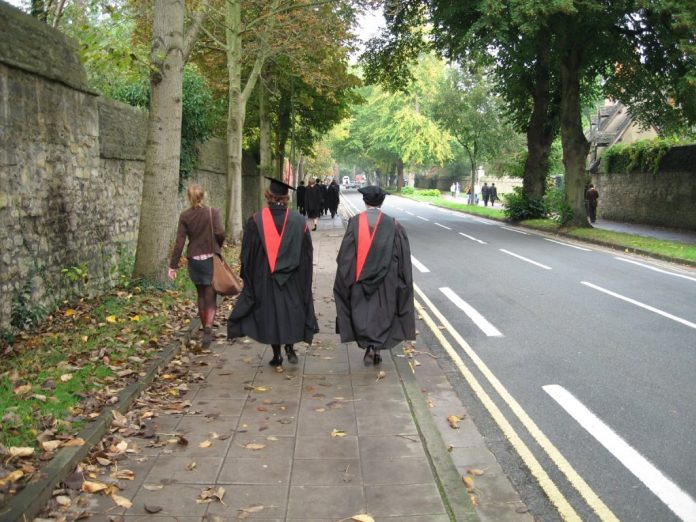 It is perverse to deny those who have achieved academically the rewards of their success. Those who oppose scholars’ gowns use the rhetoric of equality and privilege, but in doing so disguise the real problems concerning examination inequality at Oxford by targeting an irrelevancy.

Broadly speaking, the argument against scholars’ gowns is three fold: firstly, there is the suggestion that the process by which they are awarded is unduly affected by privilege; secondly, that they lead to an unequal academic community, which adversely affects results; thirdly, that differentiated gowns intimidate and upset those who do not wear them during exams. Behind all of this, however, is a desire for pointless and unnecessary change for change’s sake, which does not succeed in addressing any of the real problems which exist within Oxford’s exam system.

It is undeniable that when people first arrive in Oxford their educational backgrounds vary wildly and there is a great deal of inequality. Fast-forward to mods or prelims, and it is difficult to make the same case. With the exception of some slight disparities between Colleges (which are generally removed by centralised teaching and inter-collegiate collaboration), the intense education received during the first year of Oxford levels the playing-field in such a way that when it comes to the first set of exams, it is academic ability that decides whether or not you earn an upgrade in your gown.

Gender disparities are undeniably a major problem, but this issue lies in the way students are examined, and it should be a resolution of these disparities and not simply their outward symptoms which OUSU should work on combatting. It will not solve the problems of an often archaic and hence biased exam system to remove the outward symbols of success which attest to this bias—in fact, it will only disguise the problem further.

So does a differentiated gown system belie an unequal academic environment? It is not the University’s responsibility to ensure equality of outcome, but its purpose is surely to provide equality of opportunity. Oxford does not and should not aim to make sure everyone come out at the same level, but instead should aim to erode the educational inequality of those entering the university in their first year and ensure that those who work hard and achieve academically are given the opportunities to succeed. To say this is not to deny that there are structural problems which must be tackled to ensure that privilege and bias on the parts of examiners have an undue effect, but instead reaffirm the idea that the University should be a meritocratic system. Scholars’ gowns are a symbol of this meritocracy, which despite some failings, nevertheless succeeds to a great extent in rewarding achievement.

It is surprising that an argument levelled against scholars’ gowns is that the sight of them upset people in exams, and causes those who did not own them to perform worse. Surprising, since the gowns are the part of the scholarship least likely to result in later performance disparities. The financial rewards for performance in one’s first set of exams vary wildly between colleges, but overall amount to a sizeable sum of money, and in some colleges lead to priorities in accommodation, and extensive travel and academic grants. This begs the question: why hasn’t OUSU had a consultation about such ‘rewards’, if equality is truly its aim? It would be ludicrous to remove every reward for strong academic performance, but it seems that this consultation only targets the most visible yet least offensive aspect of the scholarship system. Again, a crucial problem in the Oxford exam system is present, but it is only the most irrelevant symptoms which are being targeted.

It should be remembered that you can earn a scholars’ gown at a number of points, not just your first set of exams, as they are also awarded for subsequent examinations, specific reasons such as organ scholarships, and academic performance outside of exams. The result is that your academic performance can be recognised at any point with a mark of distinction for hard work, and to remove the right to wear these from those who have already achieved scholarships reeks of envy, rather than any real desire for reform.