The Men’s Blues rugby team faced Canada on Wednesday, losing 20-26 at the final whistle, their first loss all term.

Canada are set to play three very important matches this month as they seek to gain the last remaining place in the 2019 Rugby World Cup in Tokyo. They will have to play Hong Kong, Germany and Kenya in order to qualify for the last spot in the ‘group of death’ alongside South Africa and New Zealand. With Hong Kong currently ranked 21st in the world and Canada in 23rd place, they will have to deliver their best rugby to get through. From their performance on Wednesday night Canada appeared weak for an international side, with Oxford keeping the game in Canada’s half for the first 40 minutes, and pushing back with aggression in the last 15.

There was an impressive turnout at Iffley road with Oxford supporters excited to see how the Blues would fare against a national team. From kick off Oxford attacked the game and seemed to be bursting with energy, they went 3-0 up after five minutes with No.10 Tom Humberstone clearing the first penalty of the night. Canada then appeared to go on the offensive, gaining their first try shortly after but Oxford responded with a try from Jasper Dix and seemed to be gathering momentum. At half time the score was 13-14 for Oxford and from the standard of their play it seemed like the win was well within their reach.

Oxford appeared to slump in the second half whilst Canada attacked right from the re-start. Oxford’s scrum half George Tresidder was injecting needed pace but after 53 minutes Canada scored their third try and converted, bringing the score to 21-13. Canada stayed in Oxford’s 22 and with Oxford allowing the North Americans a large overlap it was only inevitable that Canada’s fourth try came shortly after. Shane O’Leary, Canada’s fly-half, missed his first kick of the night and with twenty minutes to go it seemed impossible for Oxford to make a comeback.

Oxford wanted to win for their own pride and to demonstrate that they are a strong and developing side as they come close to the height of their season. Whilst the Blues showed that they had skill and speed Canada appeared to have their missing asset, composure.

In the last 15 minutes of the game Oxford made a spell of substitutions and they appeared to be regaining some ground after a disappointing twenty minutes. In the closing minutes a successful line-out for the blues got them close to the try line, with Flanker Charlie Posniak putting in an impressive performance in the line-outs all game. Captain Dom Waldouck put in a last minute push and Oxford gained another chance to boost their point score. With a member of the Cambridge rugby management leaving the ground at the 78-minute mark shouting to someone in the stands “the Blues are stuffed”, Oxford went on to prove their worth. A triumphant penalty try was award to Oxford in the 80th minute as they collectively pushed over the line, meaning that the final score came closer to reflecting the quality of Oxford’s play.

It was a disappointing end result for the Blues who at first seemed to rise to the challenge of playing a professional, national team. If Oxford are to win at the all-important Varsity match at Twickenham in a month’s time they will need to work on playing in an intensive atmosphere and in maintaining the attacking quality that they are capable of, for the entire game. The Blues will also have to bolster their defence who weakened under pressure in the second half. The Blues have three games left before the Varsity match on the 6th of December, including the Major Stanley’s match against Cardiff RFC and a fixture against Trinity College Dublin next weekend. 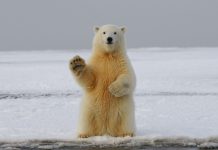