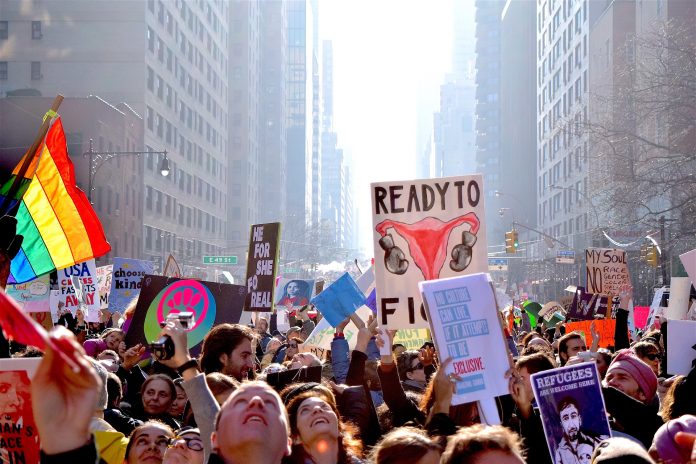 There are many reasons why a woman may choose to wear a thong. Maybe she finds them really comfy. Maybe they make her feel confident, like she can take on the world. Maybe she doesn’t want a visible panty line. Sometimes us women wear sexy underwear for the benefit of our partner, but most of the time it is for ourselves. The decision to wear a thong certainly does not suggest that someone wants to be raped. However, earlier this month in Ireland, a barrister told a jury to consider the underwear that the 17-year-old girl was wearing when she was allegedly raped by a 27-year-old man. The barrister’s words have caused outrage both in Ireland and around the world.

The court case in question took place in Cork, Ireland. The 17-year-old complainant insisted that she did not give consent to a 27-year-old man with whom she had a sexual encounter in a lane. He insisted that she did give her consent. After cross-examination, the jury ultimately found the man not guilty of rape. It is not the intention of this article to challenge this verdict. I do not know enough about the case or the evidence to do so. What I am taking issue with is the closing statement of the defence attorney, Elizabeth O’Connell. She asked the jury: “Does the evidence rule-out the possibility that [the complainant] was attracted to the defendant and was open to meeting someone and being with someone? You have to look at the way she was dressed. She was wearing a thong with a lace front.” This comment, and the fact that the alleged victim’s underwear was passed around in court as evidence, has caused public indignation.

It is perfectly legal, and unfortunately common, for an alleged victim of rape’s underwear to be passed around in court as evidence. But the only reason for which underwear should be considered in the court case is if it provides some sort of medical evidence, such as DNA which will help the case. Forcing victims to hold up their underwear or to see it passed around is not only humiliating, it is a further violation. In the case in Cork, it is unclear whether the jury was influenced by O’Connell’s closing statement or the display of the complainant’s underwear, but the issue is that there is no law in Ireland which declares which evidence can be used to indicate somebody’s character. Underwear can currently be used; therefore, it must be considered as part of the evidence by the jury. Regardless of the other evidence, a woman’s clothing – whether it be underwear or anything else – never implies consent.

The Irish court case is indicative of a wider culture of victim blaming. In sexual assault cases, the way that the woman was dressed, how much alcohol she had consumed and her actions (such as walking home alone) are often considered. The assumption in this case, as presented by O’Connell, is that the victim was wearing ‘sexy’ underwear, and that therefore she must have wanted sex. A woman’s clothing absolutely, under no circumstances gives consent or should be used against them. Women and girls are constantly pressured in society to appear sexual, but this is then turned against them and used as evidence. A thong does not cause rape. A short dress does not cause rape. Rapists cause rape. To suggest anything else is victim blaming and is part of the reason why sexual assault remains such a large problem and why rape convictions are so low (about 8% in Ireland in 2009 – the last available figures).

Another concerning implication from O’Connell’s words is that if the complainant did choose her underwear because she was looking for sex, she had ‘made her bed’ from the moment she put the underwear on. One of the key concepts of sexual consent is that you can change your mind. A man or a woman may say they want to have sex, but then by the time they get to the action, they may vocalise that they have changed their mind. This is fine, and the consent no longer stands. O’Connell appears to be dismissing this, suggesting that the complainant put her underwear on, wanting sex, and so cannot complain that she later got it. This is completely appalling.

I have focused a lot on defence attorney, O’Connell’s, words, but it is important to remember that she is only a small part of a bigger problem. Reform is needed in Irish courts. There needs to be clear laws defining what evidence can be used in sexual assault cases, ensuring that any evidence used does not victim blame. The words used by lawyers and other authority figures also need to ensure that the focus in these cases is on the actions of the perpetrator rather than the attire or the situation of the victim. There are guidelines in the UK, but these can also be improved upon, as well as encouraging a cultural change in British courts. Protests throughout Ireland and an international Twitter campaign, #ThisIsNotConsent, with women posting pictures of their underwear are calling for such reforms.

The chants of those protesting – “whatever we wear, wherever we go, yes means yes and no means no” – capture the issue of consent. It is not just about this one court case, it is about victim blaming and the dismal rape conviction rate. Change must come to move the courts out of the archaic and patriarchal systems which fail victims of sexual assault.