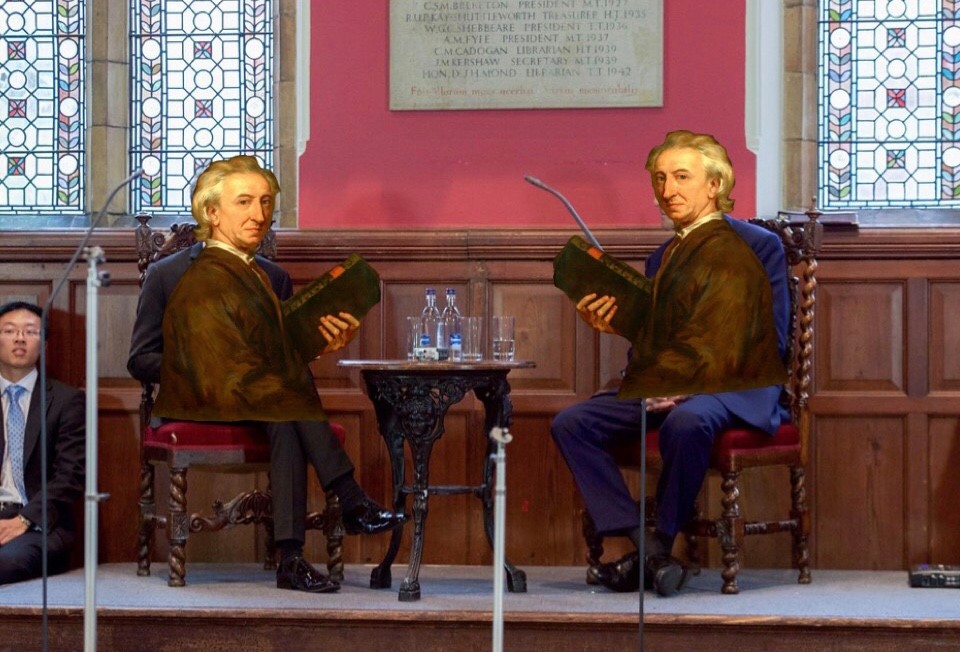 A reshuffle is afoot in Frewin Court – the Frenchman waves the white flag, going out the same way he came in – at the drop of a pen. A resignation without political motivations? Maybe. A resignation without political implications? Absolutely not! Playing the long game by going up against the Short Man; who knew the local Irish priest suffered from a severe case of apiphobia. If only he could please both, taking a leaf out of the book of the Mertonian running around in Circles. We only hope a second Irish presidency doesn’t look like the first. As Tricky Dicky could attest – sometimes telling people “I’m not a crook” doesn’t save you from the gallows.

The BNC hot seat sees the French King taking what was formerly held by the French Queen. Thankfully no nomination process was required, otherwise this could have proved too great an impediment for a CDSC. The former CDSC, having had enough electoral fun decided to return to his previous pastime as well as taking up another – motivational writing. As moving as his statement to the trib was, the Facebook post, unfortunately, was not.

Standing Committee continues to ignore the Ghost of Michaelmas past, it’s unsurprising given his accusations: assault, battery and discrimination – the bread and butter of any election campaign. A piece of advice to Ms Mountfield: try alleging hacking, forgery, or bugging, or, even better, missing minutes – they might take you more seriously.

The trustees took a day off their exceedingly important business to support TSC. The ex-Librarian, Trinity College, having reviewed the evidence agreed the Society was not at fault. This comes as no surprise – he has experience leading the House from a lying position. It seems like they are emulating some recent speakers. Like the fake newsers would tell you, denying hard evidence is the best way to protect an autocrat. Some members of TSC have ample experience denying CCTV evidence, especially concerning late night encounters with the CCC. Perhaps this is due to their involvement in the latest Union power couple. As the Former President and the Former Acting President could tell them, sometimes mixing business and pleasure does not end well.

Legal fees are running the coffers dry. The presidential defense, as well as the name change have been the preferred use of member money. Perhaps the new Treasurer could suggest putting together a half decent term card to attract members. She should have plenty of time given she was tackled out of the race for the top spot, a throwback to Twickenham perhaps. Hopefully her view from the benches will be better in Frewin court.