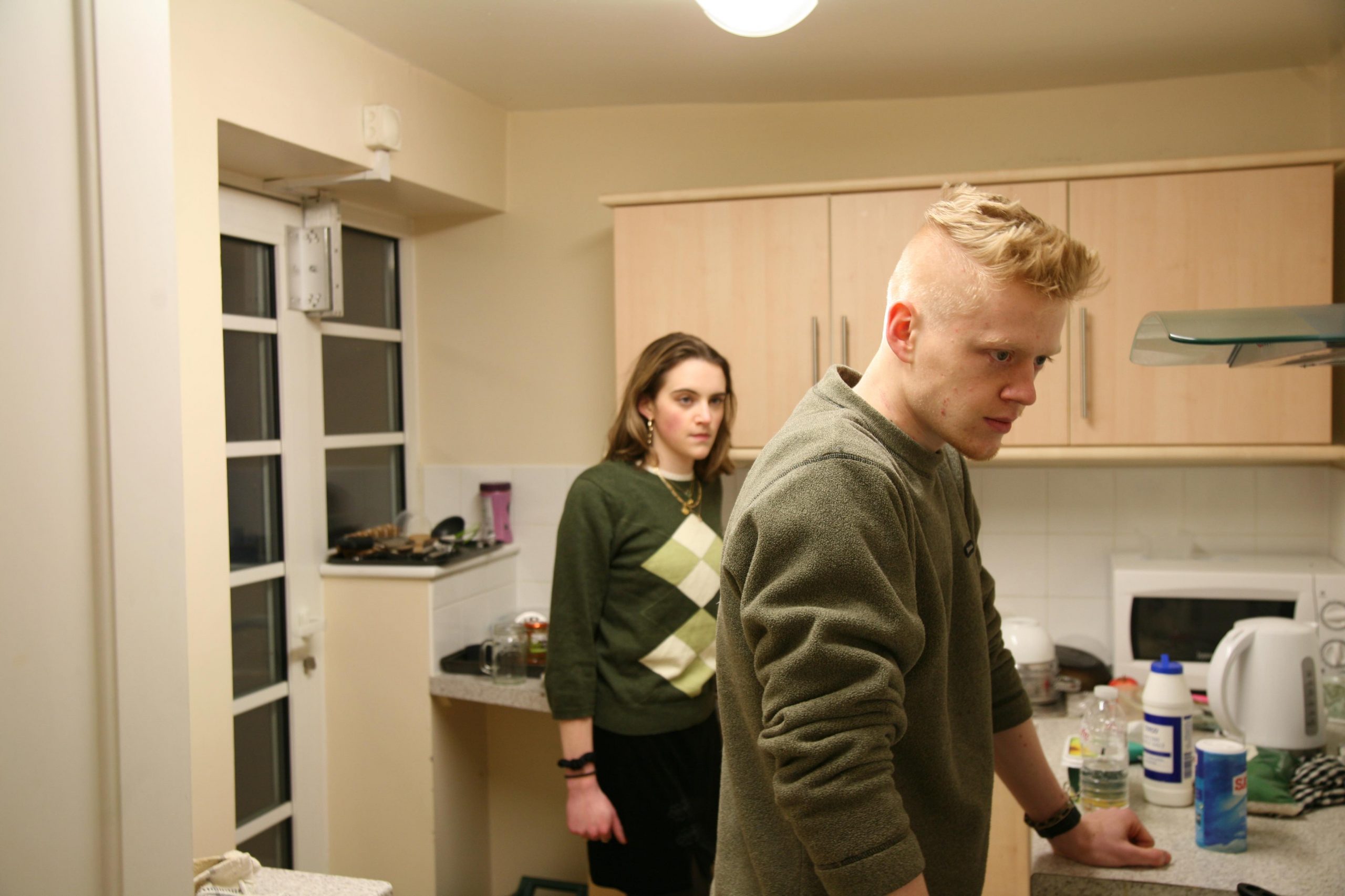 00 Production’s performance of The Last Five Years pulls off the ambitious project with surprising grace. I say surprising because bringing a musical to the small screen, created entirely in quarantine, is hardly an easy feat. It is difficult though, to imagine a show better suited to such an adaptation than this one.

The Last Five Years is a series of musings on a relationship gone right, and then very wrong. The show is song after song in a disjointed structure with little explanation offered, opening a door into Jamie and Cathy’s love story in all its raw emotion. It details the wonder and terror of collapsing on your bed after your first date with the love of your life and collapsing on your bed just the same when it all falls to pieces. These songs were built in bedrooms, and the team behind this show did them justice in theirs.

Maggie Moriarty as Cathy and Peter Todd as Jamie have the charisma to make amateur dramatics in the context of Covid-19 actually work. They bring a response to all aspects of the relationship to life in a way that doesn’t feel cringeworthy but rather unnervingly human. Both boast gorgeous voices, supported by a seamless score put together by Musical Director Livi van Warmelo, and their acting ability does these complex and occasionally unlikeable characters’ justice. Songs like See I’m Smiling capitalize on the slight awkwardness inherent in such a production. The moments of humour let their talent really shine through, making the most of the comic relief, with songs like A Summer in Ohio and A Miracle Would Happen proving most enjoyable to watch.

The creative team also tackled the task impressively. The thematic and cleverly cyclical nature of Jason Robert Brown’s score is echoed in their creative choices, the motif of mirrors apparent in many of the scenes. The creativity of the camera angles (though not admittedly not always consistent), make it hard to believe the cameramen were friends and family of the cast, most noticeably in A Part of That and The Next Ten Minutes.

The scene shifts from song to song were a highlight of the show’s production, with these moments adding an element of character to the production itself; the use of candlelight in The Shmuel Song contributing substantially to the warm atmosphere vital to its place in the play. Perhaps most notably was Director Imogen Albert’s imaginative sets in a socially distant world. Each scene offered up something new, likely a tricky business in the current climate, and certain scenes were particularly impressive. Metaphorical additions to the piece justified the variation, with Moving Too Fast, a song all about Jamie’s career taking off, presenting the character climbing flights and flights of stairs until he reached the top. The regular use of beautiful outdoor sets also served the show well, providing the breath of fresh air many are missing in this bizarre time.

All the all, the team can pat themselves on the back for a job well done, not least on their choice of musical. The piece leaves its watchers jointly with a sense of awe at the talent needed to create such a show in the challenging time to find ourselves in, and a sense of sadness at the tragic tale before them. The final moments contrast the joy of Cathy finding her first love and the grief of Jamie’s joyless surrender at losing his, with great effect. The 00 Production team certainly did this ‘ultimately soul destroying score’ justice.