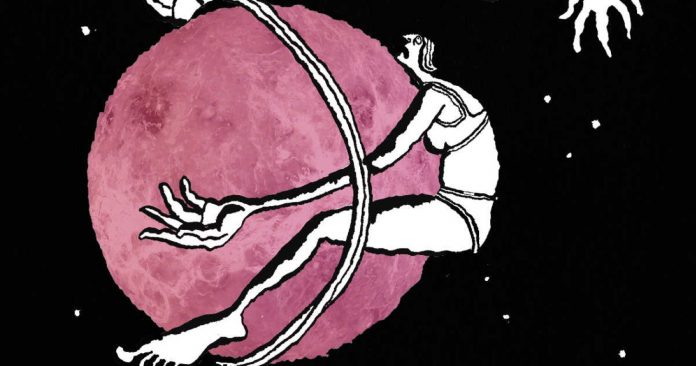 Often, Men seem Martian. They just baffle me. And I’ve got it on good authority that despite our best efforts, they’re regularly just as perplexed by women. But is it healthy to generalise the behaviour of a whole gender? What’s responsible for reinforcing our notions of the opposite sex? And where did I get the idea that men are like rubber bands from?

Whether you first heard his ideas in ‘Angus, Thongs and Perfect Snogging’ like me, or were inspired to read his book after its references in ‘Clueless’, you’ve probably come across ‘Men are From Mars, Women are From Venus’ by John Gray. It was a nineties sensation and though it’s written to benefit both sexes, it was mostly discussed by women in hushed, reverent tones. After I rediscovered my mum’s copy, lockdown has given me no choice but to read it. So, if you were wondering if Gray’s advice is the answer to the perfect relationship, I’ve put myself through 300 pages of a nineties self-help book just for you.

I went in, I’ll admit, with high hopes – the appeal of the book is clear. It’s basically the adult equivalent of the WikiHow article on ‘How To Tell If Your Crush Really Likes You’ that you googled in year 7. ( I know for a fact this wasn’t just me, please don’t try to convince me otherwise). The book comes with the promise of indisputable facts about the opposite sex and provides answers for all the challenges of a heterosexual relationship. A lot of the advice is written as easy-to-read lists, for those who care enough about their relationship to buy the book, but not enough to want to slog through anything as challenging as paragraphs. Unfortunately, you can tell this book was written by a man who lived as a monk until the eighties. Clearly that second wave of feminism entirely passed him by, as the book is full of stereotypical portrayals of genders we understand to be social constructs. This is a shame, because parts of the book are vaguely redeemable.

You’ll recognise the ideas about men that Gray made famous. Roughly half of the book for example, is dedicated to protecting the sanctity of the ‘Man Cave’. Women are warned (in a way that makes me think that Gray now probably really enjoys Game of Thrones) that if they enter The Cave, they will be “burned by the dragon”. It’s unclear what ‘the dragon’ represents, whether it’s the man, or a vague, anthropomorphised manifestation of everything fundamentally bad in a relationship. Now, the concept of The Man Cave is everywhere. It’s the inspiration for the interior design of several of my friends’ college rooms (though that may be subconscious on their part) and it’s referenced all the time – in sitcoms, books and film.

But the famous advice that Bridget Jones and 12 year old me held onto was that “men are like rubber bands”. What Gray meant was that men exist in a cycle of intimacy, needing to pull away after a period of closeness, but that if you don’t chase them, they’ll eventually come pinging back. When this idea was introduced to me in ‘Angus, Thongs and Perfect Snogging’ aged 12, it made a startling amount of sense. My previous romantic experience was limited to being repeatedly kicked in assembly by a boy who supposedly liked me and being turned down by my Year Six crush, though he had admitted to liking me immediately beforehand. Boys were subsequently a source of perpetual bewilderment. With this new advice I felt like I’d been let into a secret. I vividly remember trying to act nonchalant and sophisticated in a pair of grey school shorts and tights. It was a valiant effort.

I passionately dislike mind games in a relationship. However, while this advice follows the “treat ‘em mean, keep ‘em keen” tactic that I deplore, the reminder not to chase after someone is a useful one. But, though these manipulative methods can work, they often don’t. I didn’t get the guy in Year Six and I’m really bad at being patient with my rubber bands – instead I have a habit of just losing interest when they play games.

Unfortunately, some of Gray’s lesser known arguments are even more problematic. To explain to men why women value thoughtfulness in a relationship, he prescribes an analogy that likens them to cars, with ‘love tanks’. This metaphor succeeds wonderfully in insulting the intelligence of both sexes, before he lists ways to keep women’s ‘love tanks’ fuelled. Much of this advice could just as easily be recommended for both sexes, though it’s tailored to his understanding of the average doesn’t-do-the-dishes-or-meaningful-conversation kind of man. No.39, “Display affection in public” is worth remembering. No.24; “give her four hugs a day” is an oddly specific number, but a nice idea, whilst No.64: “buy some good super glue to fix things” is a charmingly random suggestion to win romantic affection. But I hope for more than no.5’s “twenty minutes of unsolicited, quality attention (don’t read the newspaper)” and no.20’s “occasionally offer to wash the dishes”.

As if this wasn’t bad enough, his advice for women is worse. We do best when “he asks her to do something and she says yes and is happy to do it”, and when  “she feels disapproving and instead of expressing it she goes in another room and privately centres herself”. We also score well when, (and I would have hoped this last one was a prerequisite for any physical relationship to exist but) we, “really enjoy having sex with him”.

I would argue Gray’s moment is over. Rather than providing unbiased advice, he adopts a permissive tone for men, and patronises women. Men are given quick fixes to avoid immediate conflict, but otherwise encouraged to be ‘rubber bands’ or retreat to their ‘man cave’ without any explanation. Meanwhile, women are chastised for any criticism they give their partner, instead preached the virtues of patience and compromise. Now, its ideas just amuse us, because we’d never consider them seriously. We have evolved past the need for its patriarchal nonsense and though for a while its advice may intrigue us, eventually we come to our senses. Even Bridget Jones binned it.

Behind the scenes of Cherpse

“I have a boyfriend”: A lie as old as time