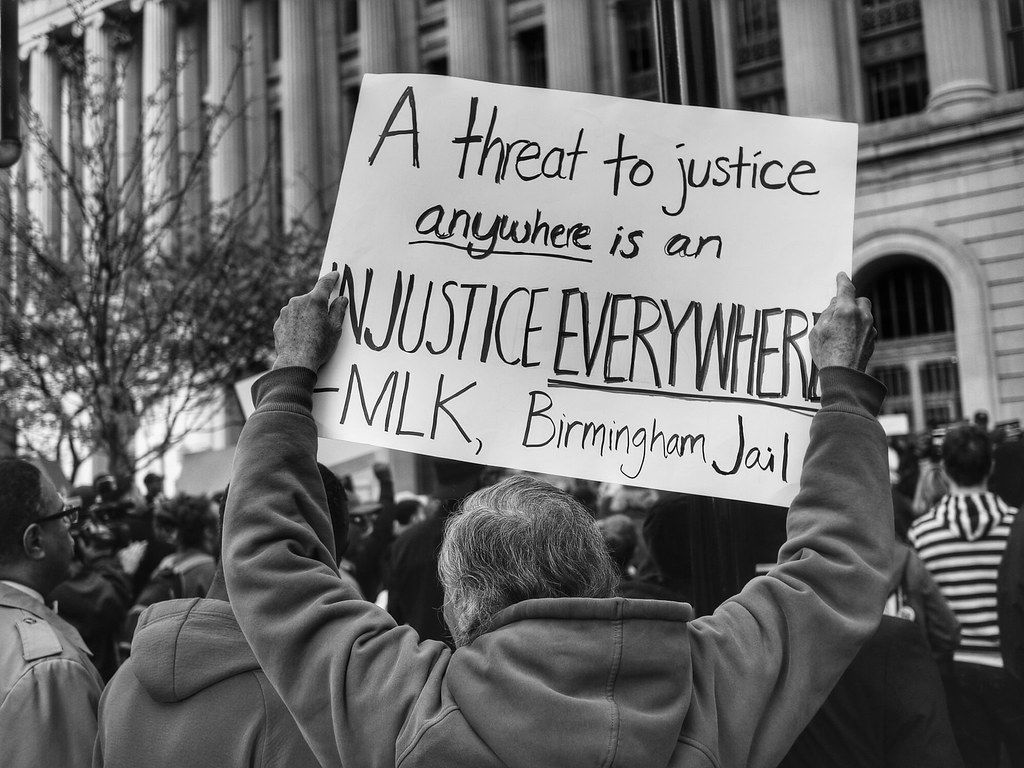 It is no secret that the United Kingdom has a widespread problem with systemic racism. The protests of the last few weeks demonstrate not only how widespread this issue is, but also how deep-rooted it remains within the national psyche. It is also clear that the UK has a grave problem with profoundly ingrained antisemitism. While hardships that the Jewish and black communities face due to systemic antisemitism and racism are not the same, they have a similar effect of making people feel unsafe in their identity.

Stereotypes that plague the British Jewish community are inextricably linked to the difficult history between the Jewish people and Britain. From their introduction into the country as ‘Servants of the Crown’ by the Normans, Jews were treated as second class citizens, having to pay ‘forced gifts’ and wear badges identifying themselves. The Jewish community was even expelled from the country in 1290 following a huge tax grant given to King Edward I by parliament, who stood by whilst Jews who were forced into money lending due to Catholic religious restrictions were being killed en masse by those they lent to. Following their re-settlement in 1656 by Oliver Cromwell, the Jewish community continue to be haunted by stereotypes leading to their defamation, blood libels, and the accompanying persecution.

Anti-Semitism has not yet been confined to the history books. The Labour Party has faced repeated accusations of failing to address the issue of antisemitic behaviour amongst its members and leaders appropriately, leaving many Jewish people feeling unable to support their normal party of choice. There were 1,805 reported antisemitic incidents last year: Violent incidents increased by 25% and online incidents increased by 82%. This is a problem that is not going away, it is increasing in frequency and severity. Meanwhile, the attitudes of the Labour Party in dealing with their issues are indicative of a society which does not view the issue as serious.

Systemic antisemitism is evident in many smaller micro-aggressions and antisemitic incidents that Jews face daily, something that I have personally experienced. They were evident when I was forced to lie about my identity whilst being mugged by multiple armed young men, out of fear for my life. And they were evident when the police responded by recommending that no charges be pressed and by gifting me a rape alarm. Likewise, when the police were reluctant to investigate a bus driver who refused to drive until all Jewish children, including my brother, were removed from the bus.

These micro-aggressions which I, just one individual, have faced extend into every facet of my life. A fellow fresher told me that their families are antisemitic because Jews ‘control the world’. This makes a person who struggled with applying and working to achieve a place at the University of Oxford, despite their faith state school saying the antisemitism would make them unwelcome, feel precisely that unwelcome. When I walked passed a teenager on the street who turned to her brother and said ‘that’s a Jew, we stab them,’ that was enough for anyone to feel unsafe in their identity, knowing that a new generation is being brought up to hate them.

These smaller micro aggressions, antisemitic incidents, and the larger failings of the UK to address the issue of systematic racism and antisemitism have changed the way that I approach new social circumstances. As a Jew I feel uncomfortable revealing my religious identity until I believe I have made an impression on someone that is irreversible regardless of their stance towards Jews. No one should be made to feel uncomfortable as a result of their race, religion, or ethnicity; however, that is the reality of life under systemic antisemitism.

These personal experiences may seem dramatic but are reflections of the experiences that the Jewish community experience daily, making them feel unsafe and unprotected by the police. These are the same circumstances that lead to children as young as two being drilled to hide from attackers whilst they are at their faith school or nursery. They also make security at synagogues and schools a grim necessity.

It is for precisely this reason that the Jewish community should support the Black Lives Matter movement in their fight against racism, both overt and unconscious. No person should have to feel unsafe, persecuted, and unwanted on account of their race, religion, or ethnicity. Neither should someone feel as though they have to justify their existence nor their humanity. This is a sentiment that, as a community that has faced prejudice, and is continuing to challenge stereotypes, the Jewish people should adamantly support.

Despite the Jewish community being affected differently by systemic racism and antisemitism than the black community, the discrimination that it does face makes it more sympathetic to the movement. As people who have also suffered due to lazy stereotypes based on ethnicity, Jewish people can understand the struggle of trying to change ingrained attitudes, and the problems of changing a historical narrative that often hides discrimination and appalling treatment of minorities.

As people who can sympathise with the persecution faced by the black community, we must be supportive of their fight against it. The BAME community is not homogeneous but made up of many communities, including Jews who only make up 0.5% of the UK population. Each community has its own issues, but we must be united in the war against racism. As a member of a community that is too often a victim of systemic racism and antisemitism, I support the Black Lives Matter movement. BLM is a beacon of positive social change, representing the hope of fixing the problems of systemic racism across the UK and the global stage. Therefore, as a member of a minority, it is my duty to stand beside the BLM movement, aiming to ensure that, in the near future, no one will be disadvantaged or persecuted due to their ethnicity.