CherwellIndependent since 1920.
Culture Film A No Spoiler Review of Mrs America 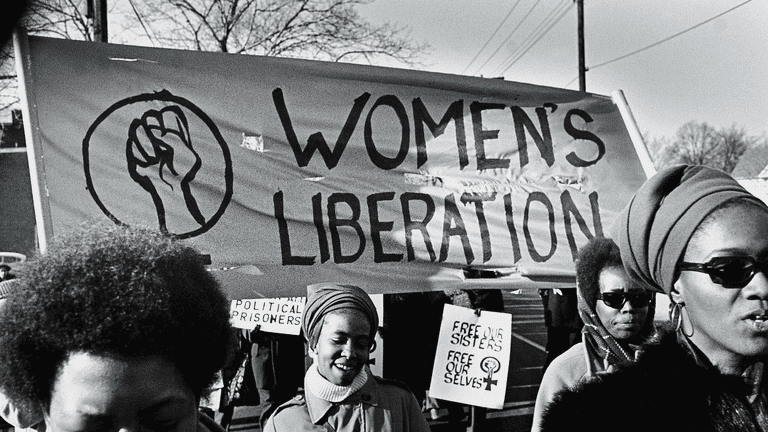 To be honest, I didn’t originally want to watch Mrs America. I have studied the history of 1970s American feminism so hearing that Phyllis Schlafly, an infamous protestor against feminism, was to be taking centre stage in many of the episodes, I didn’t know whether I wanted to subject myself to the anger that no doubt she would cause me. There are, for me, few things scarier than a woman complicit in her own dehumanisation and content with her own internalised misogyny. However, the programme still managed to draw me in and I was pleasantly surprised by its proficiency. The show caused me only a small amount of irritation.

The nine 45-minute episodes span the entirety of the 1970s and use the push for and against the ratification of the Equal Rights Amendment (ERA) and the resultant ‘battle’ between feminists and conservative women like Schlafly as their driving force. While episodes chronologically follow the ERA debate, most focus on a single character, allowing for buckets of character development. Mrs America features well-known feminists such as Gloria Steinem (Rose Byrne) and Betty Freidan (Tracey Ullman), whilst also placing a spotlight on lesser known feminists like Bella Abzug (Margo Martindale) and Shirley Chisholm (Uzo Aduba). A mix of fictional and real characters slot perfectly together to create wholly believable scenes. I cannot praise Cate Blanchett enough; her performance as Phyllis Schlafly was both measured and phenomenally emotive. Sarah Paulson, as Schlafly’s fictional best friend Alice, and Uzo Aduba deserve mentions as well for such personal, heart-breaking performances.

The show exceeded my expectations in its handling of history. I feared that Betty Freidan’s homophobia would be brushed under the carpet, and thankfully it wasn’t; in fact, it was discussed many times throughout the show’s run. I was worried about how the writers would craft an ending for a show about a movement that didn’t really have one, yet they successfully did just that. They didn’t ignore the racism still within the movement – the issue of tokenism is addressed directly. You watch as feminists of colour are overlooked, offended, and set about establishing their own groups in which their inter-sectional experience is centred. The show is honest about political pragmatism and which rights were dropped for the sake of others. Personally, I would have liked more time to be spent on the landmark Roe vs Wade case in 1973 which legalised abortion. It’s still exceedingly topical and, I would argue, marks one of the only true turning points for women’s rights in the US. However, this may be a reflection of my own historical pedanticism.

What I perhaps enjoyed most was the discourse surrounding Phyllis Schlafly. As a highly educated woman, organising national movements and travelling outside of the home, she is one of the most feminist anti-feminist figures in history. I love how this is highlighted by the programme: the hypocrisy of the movement she heads, and arguably uses for her personal political gain, is demonstrated time and time again. I do believe that Schlafly, who’s heart truly lay with other political issues, recognised women’s rights as a topic on which men would finally listen to her, and exploited this. There seems to be an incompatibility between the beliefs she professes and her experiences as portrayed by the programme: she is a proud homemaker yet this status has stopped her from fulfilling many of her political ambitions and desire to continue education, she experiences sexual assault in the workplace yet states that only ‘certain women’ experience this, she is continually belittled by men despite often being more knowledgeable than them, but does not recognise this as a cause for change. The internalised misogyny of Phyllis, depicted in the show, is baffling. As Republican Feminist Jill Ruckelshaus says to Phyllis- ‘You wanna get ahead climbing on the shoulders of men, Phyllis? Fine, just know they’re looking right up your skirt’.

Where I do take issue with the show is the foundation on which its dramatic tension is built. Most likely for dramatic purposes, the show feeds off, and into, the damaging trope of women fighting women. While it presents the complexity of women and the feminist movement brilliantly, in focusing so explicitly on women, the series almost implies that the biggest thing to have got in the way of women breaking down the patriarchy is other women.

While Phyllis was a key figure in the fight against the ERA, Mrs America, at times, veers toward the notion that she was the opposition and the antagonist. In truth, while she may have mobilised housewives from Middle America and caused a political stir, I think that her voice simply gave some anti-ERA state legislators the ability to vote the act down without looking like a woman-hater. As Phyllis’ husband, Fred Schlafly, says- ‘You really don’t need to work this hard, lots of people don’t want the ERA to go through, they won’t let you fail’. The battle over the ERA was not a battle between women, ultimately it was a battle against systemic sexism and the men who kept it in place. The show does sporadically remind us of who the real ‘baddie’ is; one memorable instance of this is the beautifully crafted ending scenes with Phyllis. That said, some TV tension and ‘neat’ parallels could have been sacrificed to avoid adding to the trope of infighting women.

Mrs America is, overall, beautifully acted, written and managed. I could find no fault in the sets, costume, direction, dialogue, or any other aspect of production. It speaks volumes that I, a fan of historical costumes and sets, have barely spoken about the agonisingly great ones in this show. There is just so much good in it. It made me laugh, cheer at the lovely Ruth Bader-Ginsburg cameo and almost cry – I always do when I watch anything about equality and the fight for civil rights. The series portrays the multi-faceted, dynamic and diverse nature of the feminist movement, without shying away too much from its problems. It showcases both female solidarity and the unhelpful divisions that arose from strong opinions and fierce stubbornness. Overall, I think Mrs America’s subject matter is handled remarkably well and that it successfully dramatises the complexities of a period in history that is frequently over-simplified or taken for granted. Acknowledge its shortcomings, but watch it – you won’t be disappointed.