Fionn McFadden (he/him) confronts the harrowing failures of Britain's policing system in the first edition of his column on Britain's public trust deficit, and the solutions to it. 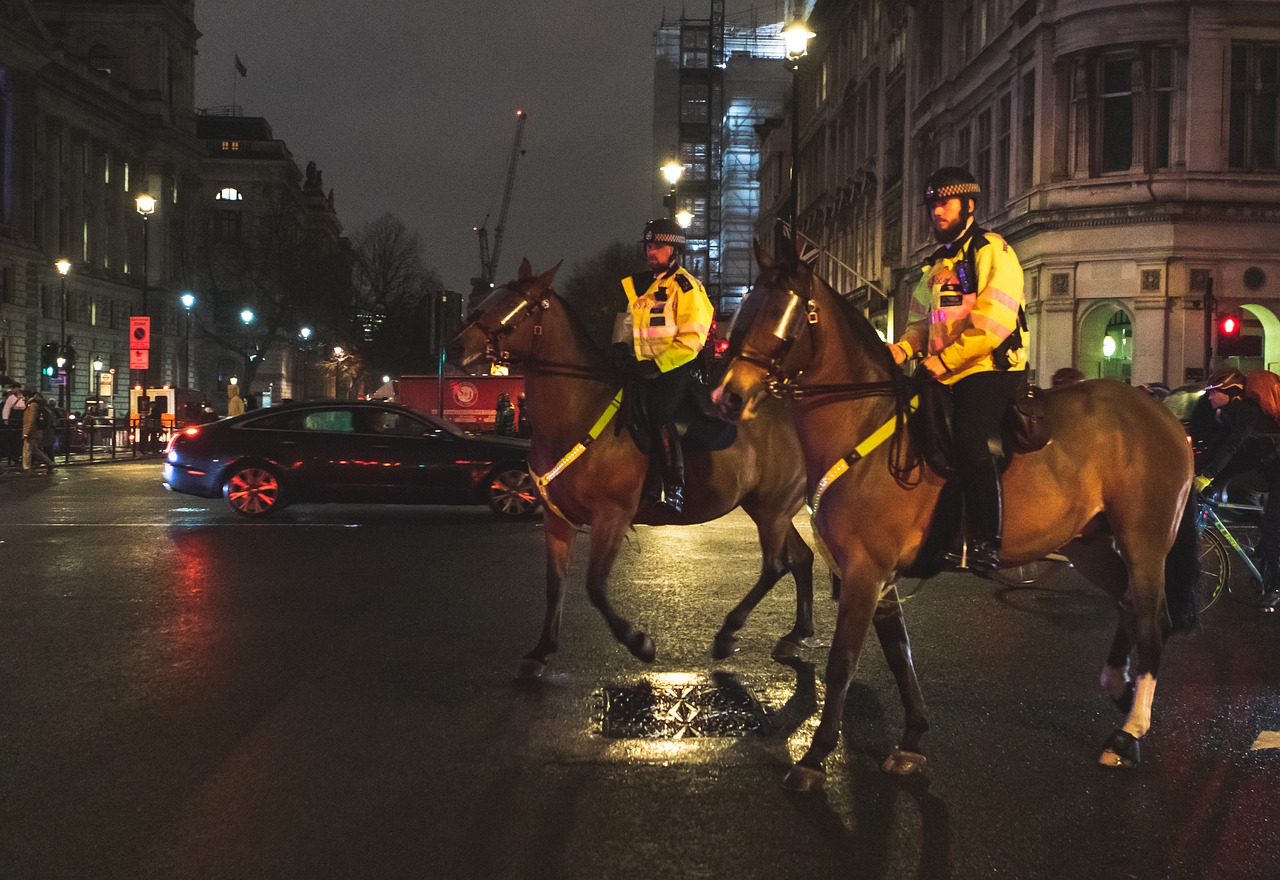 On 9th March 2021, Britain shuddered as a morbid, harrowing story flooded news and social media. Kent Police had arrested Wayne Couzens, a serving Metropolitan Police Officer, on suspicion of the kidnapping of Sarah Everard, a 33-year-old marketing executive from South London. Everard had been reported missing since 4th March 2021, and her remains were found the day after Couzens’  arrest in a builder’s bag in Hoads Wood, Kent. Nationwide vigils in memory of Everard took place on the 13th March, against the wishes of police chiefs and incumbent Home Secretary Priti Patel, citing the COVID-19 risk as the reason. Small vigils nevertheless went ahead, notably one in Clapham Common that was attended by hundreds, including representatives of the organisations Sisters Uncut and Reclaim the Streets. This particular vigil soon gained notoriety as footage emerged of the Metropolitan Police attempting to break up the crowd. In particular, a photo of attendee Patsy Stevenson being handcuffed on the ground of the bandstand went viral and soon became a defining symbol of Everard’s case.

Months later, on 30th September 2021, Couzens was handed a whole life sentence for the kidnap, rape and murder. The trial found that Couzens had kidnapped Everard by falsely arresting her under the pretence of breaching COVID-19 guidelines, before handcuffing and abducting her.

The motto ‘serve and protect’ and some variant thereof has historically been presented as encompassing the ethos of the police. It makes sense: the police are supposedly in existence for that very reason. Yet I urge you to pause and reflect on the events just described: at what point, if at all, did the police ‘serve and protect?.’ The nauseating antithesis is, unfortunately, true. A woman was brutally murdered by a serving officer in Britain’s largest and most prestigious police force, whose modus operandi involved abusing his position of power, using a false arrest tactic. Then, when British women, once again made to feel unsafe on the streets of the towns and cities they call home, attempted to grieve and seek solidarity, the very organisation at the root of their anxiety swept in and bulldozed them down in an authoritarian flare. From this one tragedy alone, a simple fact can be ascertained. Britain’s police are fundamentally failing their citizens, and that must change.

When having any conversation about the politics of the police and its reform, one cannot ignore history. As a public body, arguably one of the most powerful and respected in Westminster, it is just as important to look outside of the police at the political, social and economic factors influencing decisions, as it is to look at internal decisions and the actions of certain units and officers. When such history is examined, it becomes clear that many groups have been historically and repeatedly failed by Britain’s police systems, and one doesn’t have to look that far.

Take, for example, Northern Ireland- arguably nowhere demonstrates better the damaging consequences of a discriminatory police force protected by the incumbent political system. Since the island’s partition in 1920, a significant chunk of Northern Ireland’s policing was left to the quasi-military Ulster Special Constabulary (USC), known colloquially as the ‘B-Specials’, a force that was almost exclusively Ulster Protestant and in fact carried out several revenge killings against Catholic citizens during the 1920-22 unrest. When the USC was disbanded and its functions merged into those of the Royal Ulster Constabulary (RUC), these problems did not go away- yet again the force remained majority Protestant and saw accusations of police brutality, sectarianism and collusion with loyalist paramilitaries, by the Catholic minority. For a large chunk of modern British history, a significant ethno-religious group was left largely without protection from the organisation established to do so.

In the wake of the murder of George Floyd in Minneapolis in May 2020, the Western world ignited in a spur of protests, conversations and activism regarding police brutality and race. Once again turning to history, we can see that in the UK, racial and ethnic minority groups have borne the brunt of the police’s institutional failings and systemic prejudices, despite the assertions of those like Kemi Badenoch to the contrary. There have been several instances of black and mixed race men dying in British police custody: Colin Roach (1983), Leon Patterson (1992), Oluwashijibomi (Shiji) Lapite (1994), Christopher Alder (1998), Sean Rigg (2008), Edson da Costa and Rashan Charles (2017). Black people only comprise 3% of the UK population, yet account for 8% of all deaths in police custody. And, like with the Clapham Common vigil, discriminatory attitudes are so entrenched that forces respond in grossly disproportionate ways to calls for citizens from change. In 1979, Blair Peach was fatally assaulted by an officer of the Special Patrol Group (SPG) during an anti-racism demonstration in London. An investigation into the SPG found that they were in possession of a cache of unauthorised weapons.

It is truly a dire state of affairs where the very organisation established to ensure security and peace for all is failing so catastrophically, that not only is it simply not doing its job, but is instead actively contravening the basic principles of its very existence by posing an active and ongoing threat to the safety and wellbeing of various groups from around the UK. This conversation must be put into a careful context. By no means, of course, is this to say that every serving police officer in the UK, past and present, is a bad person. Many indeed join the police force since they see it as the best way to serve their country by protecting citizens from a host of abhorrent crimes. Nevertheless, even in the wake of cuts, the police remain one of the most powerful public bodies in the UK: the powers of arrest, i.e. depriving a person wholly of their civil liberties, is one of many reasons why the organisation must attract a higher level of accountability. The fact that officers openly sporting racist, sexist and homophobic attitudes are admitted to forces in the first place, and many of these are not dealt with until too late, represents an unforgiveable negligence on behalf of the police, that as aforementioned contravenes their very raison d’être. Everard’s murder has reignited a long running, necessary national conversation, about how the police as an institution acts as a breeding ground for a culture of discrimination, where such views are protected under the guise of the institution’s status[1].

Reform of the police is a controversial subject in British politics- not quite as electrically discussed as our American counterparts, but nonetheless a crucial one, and one that must be had whilst the incumbent government seeks to protect police forces at all costs[2].

Everard’s horrific murder leaves policy makers with a vital question: if large swathes of the public do not feel safe or able to trust the institution whose very existence is ensuring citizens’ security in the first place, how can that organisation continue to exist in its current form?