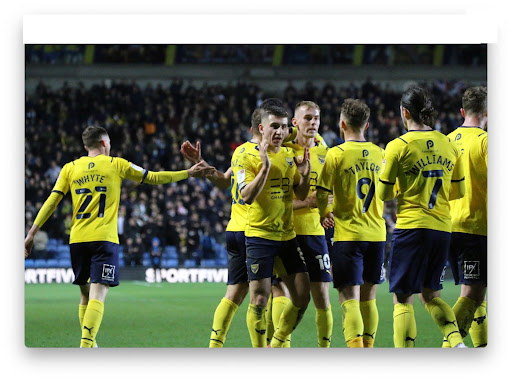 As we move into a new term here at Cherwell, we are excited to bring you more coverage than ever of Oxford United.  We will have updates from the club every week as well as a series of feature-length interviews with players and staff, focussing on the behind the scenes running of the League One club.

As it stands, the men’s team sit fifth in League One, firmly inside the play-off places and just six points off the top two.  They fell to a disappointing first away defeat in three months with a 2-0 loss at Lincoln City last time out after goals either side of halftime from Anthony Scully and Morgan Whittaker.  Wycombe Wanderers are next up on Saturday 15th and U’s fans will be hoping for a big performance with a win set to lift them above The Blues and into third in the table.  Matty Taylor has been the star man so far this season, with his ten league goals so far averaging out to one every two games.

Oxford United WFC, the club’s women’s team, are currently sitting pretty in second in the FA WPL South, the third tier of the women’s game.  They are trailing pace-setters Ipswich Town by five points but off the back of five consecutive league wins, they will be confident that they can kick on and fight for the league.  The winners of the division will enter a play-off to enter the FA Women’s Championship.

So, a big week awaits both the men’s and women’s teams as they continue their bids for historic promotions.

Oxford United fell to a first away defeat in League One since September at the LNER Stadium.  Goals from Anthony Scully and Morgan Whittaker saw Lincoln City to what was ultimately a comfortable victory for the side that had started the day in the relegation places.

The U’s started the game in fifth and were looking to build on their points tally ahead of a crunch game against promotion rivals Wycombe Wanderers next week.  They did start well too, with Matty Taylor getting in behind the defence to force a save from Josh Griffiths in the Lincoln goal.

After that, the Imps began to take control of the game and Simon Eastwood was called into action inside 15 minutes, tipping an effort from former teammate Chris Maguire onto the post.  The pressure soon told when Lewis Fiorini played in Scully and the Imps striker duly curled in to score for his fourth goal in as many games against the visitors.

Matty Taylor thought he had equalised for United just after half-time but saw his goal ruled out for offside.  After that, there was a brief spell of dominance for Oxford before debutant Whittaker was on hand to sweep home a scrappy second goal for Lincoln and leave the Yellows with a mountain to climb.

Things went from bad to worse for the visitors when Herbie Kane was dismissed for a challenge on Fiorini in the 77th minute.

There were no more clear-cut chances for either side and the game finished 2-0.  Wycombe are next up for Oxford at Adams Park before a return home to host Sheffield Wednesday in two huge matches that might just go on to define their season as they push for a place in the Championship next year.