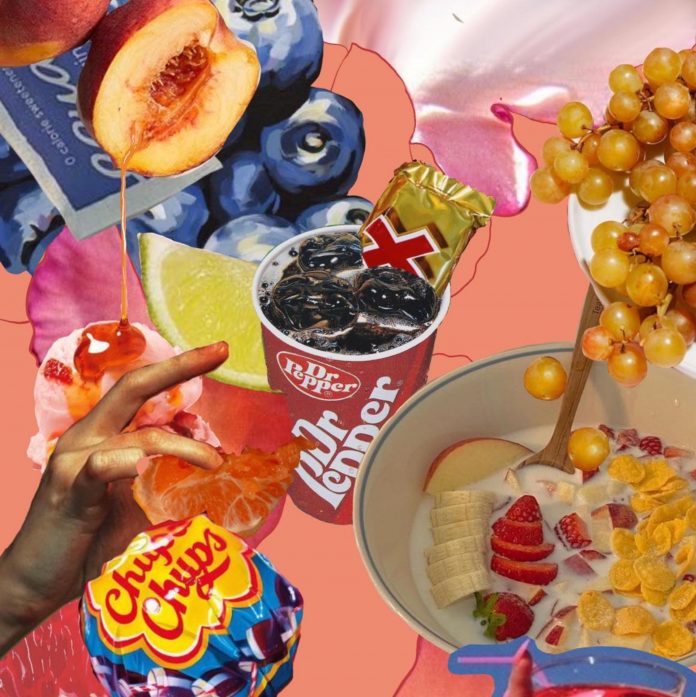 Have you ever wept in a toilet stall—maybe during a particularly rough school day, maybe during a night out that went wrong—thinking that you were completely insulated from the world outside, only to realise that there’s a giant gap in the door –  so whoever is walking past can definitely see you, all puffy-faced? Grace Olusola’s Vessel spoke directly to my teenage self and my current self alike, as I found myself in that exact situation after the show: watching the play felt like having my private, internal feelings about my body and food externalised and projected onto the stage at the Old Fire Station this Trinity. I felt seen.

Last summer I vented my frustrations at feeling like the only fat person at Oxford on Twitter, and my notifications pinged more than normal for a little while. Initially, I worried that a play seeking to address themes of bodies and food in the Oxford community would centre the experiences of people who are afraid of looking like me. While I do not seek to invalidate the experience of people who are insecure and conventionally attractive, there’s a difference between being insecure about having rolls when you slouch and, as the Comedienne comments, “the world decid[ing] whether you’re ugly or not for you”.

Yet Olusola and her team of six other directors have taken the wide-ranging diversity of such relationships with body image into close consideration. Vessel is made up of twelve discrete episodes, each drawing inspiration from student survey responses on questions around bodies and food. The episodes differed significantly in tone, managing to tackle these issues with sensitivity and humour, and reminded me of scrolling through TikTok: we see a spoof of 2000s fatphobic TV shows, titled ‘Formerly Grotesque Fat People Bake On Blind Dates While We Watch’, and a monologue on different kinds of Reese’s peanut butter cups, among others. In ‘Not Like other Girls’ we even see a girl sniffling in the school toilets, not unlike me after the show.

The episodic structure and use of several directors is certainly a strength of the show, reflecting how our relationships with food and our bodies has as much to do with class, race, gender and sexuality as with what we see when we look in the mirror. I particularly enjoyed how the show played around with form and structure to reflect this: in ‘Femi’, Tariro Tinwaro sings of a best friend with an eating disorder “outrunning bodies like mine”, while in ‘The Comedienne’ we see Chloe Ralph hilariously enact the awkwardness of mediocre standup about her friend group and conclude “with friends this fucked up, this may be one of the few situations in life where being the fat one is actually the best status in the group.”

Olusola cites her experience as a welfare officer at St. Catherine’s College, as well as her own body image struggles, as a catalyst for Vessel: this certainly shows throughout the production, albeit not in a way that feels patronising, didactic or reductive. At the beginning we hear a voiceover announce the show’s trigger warnings, and that if at any point an audience member needs to leave and take a break, they are welcome to do so. Likewise, at the end the crew offered pens and index cards to audience members as a chance to reflect on what they had just seen.

While I did sometimes find myself wishing for more cohesion between the writing of the episodes, I enjoyed the way that each episode was announced by the pinning of a poster or a graphic with its title to a board at the back of the stage, creating a sense of collaginess and accumulation. This imagery of food wrappers and containers was neatly alluded to in ‘Motherhood’, an episode where a woman tidying the house for a date discovers her daughter’s binge-eating stash concealed between stage blocks. During the interval, a friend remarked that the episodic nature reminded her of opening a door at a house party and accidentally walking in on a conversation between strangers that you were not meant to overhear, as alluded to perfectly in a scene where we watch the awkward reconnecting between old friends gradually tip over into a painful conservation about responsibility when one is  mentally ill. Olusola’s skilful writing shines through in lines like “I had a brain that betrayed me–you were the collateral”, and “sorry, force of habit, when you’re at death’s door [so often] you start leaving a key under the doormat.”

The presence of fat actors and explicitly working-class characters, albeit only a handful, on a student stage was particularly refreshing to see, although I did find myself wishing for more than a few of the twelve episodes in a show about bodies to centre their experiences.

Overall, Vessel’s careful balancing of sensitivity and humour in its treatment of the subject matter of body image and food made it an important and worthwhile watch; I can only hope that we see more stories and actors with these experiences on the Oxford student stage in the future.