“Shut up you bitch”, “I’m going to cut off your head and rape it”, “you filthy old slut”: a brief sample of some of the less graphic online abuse targeted at Mary Beard in recent years. Beard, a true titan of the study of classical antiquity, has been the recipient of such vile attacks simply for engaging in public debate on pertinent issues, often within her own area of expertise. In August of this year she was subjected to incredible vitriol following her assertion of the ethnic diversity of Roman Britain, with an American author even wading into the debate with the claim that she was “talking bullshit”.

In Women & Power, Beard provides a diagnosis of the misogyny from which such attempts to silence women arise, situating modern examples from the Western world in parallel with tales from the classical world. She begins the first section of the book, ‘The Public Voice of Women’, by citing the manner in which Telemachus dismisses his mother Penelope in The Odyssey – the first recorded example of a man telling a woman to “shut up”. This archetypal interaction is easily applied to the modern day, with Beard using the example of the Punch cartoon of a boardroom: “That’s an excellent suggestion, Miss Triggs. Perhaps one of the men here would like to make it”, to typify the way in which the female voice continues to be dismissed.

Beard continues to use classical examples to contextualise and explain the abuse which public female speech continues to attract. She notes that those who often succeed in being heard are those women who mimic features of male rhetoric, such as an early Roman woman Maesia, who successfully defended herself in the courts, and who was described as the ‘androgyne’ for her alleged male nature. More recent examples include Margaret Thatcher, who underwent speech therapy to deepen the tone of her voice – supposedly thereby giving it greater authority.

This connects to the second section, ‘Women in Power’, in which she argues that women are excluded by existing power structures, particularly as the cultural image of a powerful figure is very much still that of a male, and that there exists no template for a powerful woman – stating that even if she were to try to imagine a female professor she would struggle to think of someone like herself in her role. In fact, the stereotype of a powerful woman may only be that of one who resembles their male counterpart. Here, Beard uses the example of the trouser suit worn by female politicians such as Hilary Clinton, as a way in which women have to ‘fit the part of power’.

Beard goes on to argue that this is encouraged by the representations of women who possess power as having acquired it through illegitimate means – for example, the headline ‘Women prepare for a Power Grab in Church, Police and BBC’ in early 2017 certainly says a lot about society’s perceptions of women’s relationship with power: that it is not theirs to ‘take’. The attempts to discredit powerful women, she argues, have their roots in the classical world – perhaps best exemplified by the use of the Medusa theme, which has been applied to Theresa May, Angela Merkel, and most graphically Hilary Clinton, who during the election campaign was repeatedly presented as the decapitated Medusa, the handiwork of Donald Trump, in the guise of Perseus.

My only issue with the book was that Beard did not really address the position of women of minority groups in relation to power. Although at times implicit, this was not properly addressed, namely the relationship between racism and misogyny as something that limits specifically women of colour in the public domain. Whilst reading her discussion of the depiction of female politicians in the media I was surprised by her omission of the extreme vilification of Diane Abbot that took place during the 2017 general election campaign following an unfortunate interview appearance, whilst Boris Johnson’s similarly blundering interviews were dismissed as mere slip ups. That is not to say that her ability as a politician should not be criticised, but the disproportionate abuse to which she was subjected (and continues to be so), such as an excruciatingly humiliating television interview in which she was made to listen to a recording of the incident, is simply unfair, and unrivalled by that experienced by any other white male or female politicians. Although I did go on to find this example briefly mentioned in the afterword, the issue should have been given much greater attention in the main body of the book.

Women & Power claims to offer some form of remedy to the problems identified, and it is true that Beard does provide interesting insight by questioning general preconceptions about women and authority. She proposes that to address the ‘Miss Triggs question’ we should reassess our perceptions of what constitutes spoken authority; rather than through superficial means, such as assimilating characteristics of male speech, we should reconsider what and who we associate with spoken authority and why. She also suggests that we redefine our idea of what ‘power’ is – arguing that it currently does not accommodate women, as the structure is ‘already coded as male’. This, she claims, should involve deconstructing our definition of ‘power’ so that it is not viewed as a possession, and crucially so that it does not have to involve public prestige, using the example of the little-known women who founded the Black Lives Matter movement. Whilst these are striking musings on the concept of power, I do wonder whether they can be considered more than that; I am not sure that the book merits the claim of being a ‘manifesto’, as it does seem to prompt more questions than it answers (which is by no means a criticism).

Whilst definitely not a flawless ‘modern feminist classic’, as has been claimed by some reviewers, this really is a fascinating read, as Beard identifies common features of women’s experience in the public sphere, but offers a new angle through her use of examples from the classical world, which demonstrates that often these issues transcend historical periods. Women & Power, furthermore, is the perfect retaliation to the base insults of Beard’s aggressors, as an intelligent, concise, cogently delivered and persuasive work; she is most certainly not a woman who will be silenced. 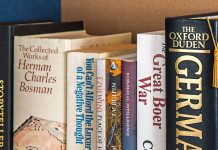