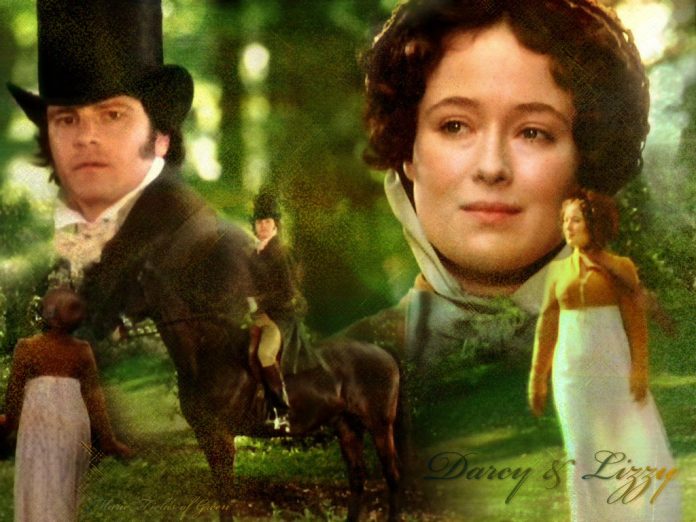 Today’s entry is an ode to the first ever web series I watched from start to finish and the one that seemingly kicked off the movement of reinterpreting classic novels for an online audience. The Lizzie Bennet Diaries – the place this all began and my life just became a bottomless pit of online consumption. It was the first YouTube series to win a Primetime Emmy. I write this as if it somehow justifies my behaviour.

The series officially started on the 9th of April 2012, but it didn’t hit Twitter until July that year. The series officially finished with the 100th episode on March the 28th 2013. Looking back, the use of different mediums wasn’t quite as in depth as some more recent web series – which has been nice to appreciate just how far the genre has come. However it was still an important addition to the vlogs and helped to add another dimension to these characters.

Tweets were used to mark key moments in the development of the plot, and to highlight the innocence of certain characters, as seen in this example when Bing Lee is persuaded to leave Netherfield.

My favourite part of this series, which to this day remains my favourite adaptation of this particular sub plot, are Lydia Bennet’s videos. Following the development of an increasingly abusive relationship with Mr Wickham and the trials of constantly feeling like the younger less intelligent sister, the casting for this role was exquisite. Wickham was believably charming, while being clearly very screwed up and uncomfortably manipulative. Lydia (played by Mary Kate Wiles) is the perfect mix of annoying extroversion, intense vulnerability and complete lovability.

This love for Lydia Bennet was shared fairly universally by fans – so much so that she has her own book spin off, delightfully named The Epic Adventures of Lydia Bennet. I think the reason I like this adaptation so much is that at the end of the story, Lydia is not left in an unhappy marriage; the assumed just deserves of such a flirt and rather is allowed to develop from her immaturity. The audience is also encouraged to see that the psychology of this character is much more complex than may first be apparent.

Elsewhere casting continued to be on point. Jane Bennet is the epitome of sweetness and manages to perfectly convey the possibility of mistaken attraction for just general niceness. Her way of coping with heartbreak is equally enchanting. Her manic insistence that everything is completely fine, particularly in the episode ‘snickerdoodles‘, is one of the most realistic and touching adaptations of a nice person dealing with rejection that I think I have ever seen. Ashley Clements playing Lizzie Bennet is lightly teasing and a great grounded central character. Caroline Lee (played by Jessica Jade Andres) is perfectly dislikeable.

Lizzie is seen to develop as a character significantly through her individual tweets. Her dedication to her studies and addiction to tumblr make her the perfect Lizzie Bennet of the 21st Century.

All in all, The Lizzie Bennet Diaries is an important cornerstone of the world of Jane Austen adaptations and the use of the vlog as a medium for telling stories. It spawned later series such as Emma Approved and Welcome to Sanditon and while the latter did begin to feel a little inauthentic in its delivery, both were significant stages of this ever blossoming genre.